May 30, 2020 Admin
Home»Business»Uranium sales from the mine could generate P34 billion revenues
Business/Mining/Money/News/News

A-Cap Resources is in the process of commencing the mining of uranium and to establish a pilot uranium ore processing plant in this country, after being granted permission to commence mining operations at its mining project near Serule village in the Central district.

The company recently told its shareholders that mining, which is done for trial purposes and to pave way for commercial production, is expected to commence soon, as government has issued a final approval and mining license, allowing for mining activities to commence at the project site. “Following the granting of mining license, planned work this year includes trial mining in selected areas and conclusion of feasibility studies. The company also intends to list on Hong Kong Stock Exchange early 2018 to raise capital for construction in 2018. Commercial production is anticipated to start in 2020,” said the recent company in the market update. Construction of the mine is expected to cost around P3.5 billion while working capital for 18 years is estimated around P450 million.

The company has projected that sales of uranium from the mine during 18 years of mining, could generate around P34 billion: “The project is also expected to provide an economic boost to the Central region and benefit nearby communities. Direct economic benefits will be derived from wages, taxes, profits, royalties and lease fees. Other economic benefits will be derived from procurement of goods and services and increased spending power of employees.” The project is expected to create 800 temporary jobs during construction and 450 jobs during production and the mine could operate 24 hours a day and seven days a week.

The company CEO Paul Thomson is optimistic that A-Cap Resources is now on a clear path to production. “The company has adequate capital to commence trial mining, construct pilot and concludes feasibility, as we have raised around P90 million last year,” he said.

He stated that A-cap Resources sees uranium as a key component of power generation facilities that does not increase carbon dioxide emissions or contribute to climate change and noted that development of the uranium project is considered important in attempts to curtail global warming.  “We at A-Cap believe that the uranium market will normalize and investors will once again look at uranium as being one of the cleanest forms of energy available.  Expert predictions show that uranium prices will be moving upwards from early 2017 as global demand for the resource starts to grow strong. This fits well with our plan to production,” said the CEO.

According to the CEO, the project has large resources of uranium that is close to the surface, thereby allowing easy access to the ore. “The project is considered by A-Cap as one of the few new uranium projects capable of production in 2020 to capture the expected upswing in the uranium market,” he stated.

Approximately 145 million tonnes of uranium is expected to be mined from the proposed mine during the 18 years anticipated life of the mine. 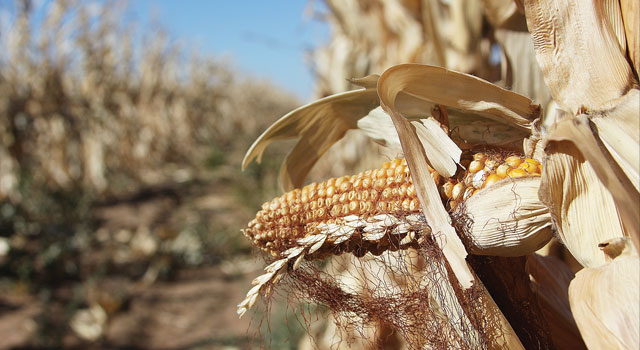