The April 2013, national year-on-year inﬂ ation rate stood at 7.2 percent, a drop of 0.4 of a percentage point on the March 2013 rate of 7.6 percent. This is according to Statistics Botswana’s latest release.
The statistics indicated that rural villages’ inﬂation rate shifted from 8.3 percent in March to 7.7 percent in April, declining by 0.6 of a percentage point. The urban villages’ inﬂation rate recorded a drop of 0.3 of a percentage point, from 7.2 percent in March to 6.9 percent in April. The cities and towns’ inﬂation rate moved from 7.5 percent in March to 7.3 percent in April, registering a decrease of 0.2 of a percentage point.
Amongst other indexes, the housing, water & electricity group index recorded an increase of 1.7 percent, from 149.5 in March to 152.2 in April. This was due to an increase in the constituent section index of electricity, gas and other fuels, which rose by 7.2 percent. The rise in the electricity, gas & other fuels section index was largely due to the hike in the electricity tariffs for domestic consumers who consumed up to 200 kWh and more by 7.0 and 10.0 percent respectively, which effected on 1st April 2013.
Motswedi Securities Analyst, Garry Juma told Gazette Business that this decline in inﬂation was unexpected given the electricity price increases. “Our expectation is that there will be a second round effect to the electricity prices. According to our projections, it will be possible for the inﬂation rate to reach the BoB target as we expect it to reach 5.8 percent assuming there will be no increments on electricity prices, as well as fuel remaining stable. I do not think this decline in inﬂ ation will be felt by consumers. This however, does not mean the prices are declining, the households are still experiencing the effect,” said Juma.
Economist Keith Jefferis’ E-consult Review of the ﬁrst quarter which was issued last week showed that inﬂation rose slightly from 7.4% in January to 7.5% in February and 7.6% in March, in contrast to expectations of a slight decline. The main driver appears to be an unexpectedly large increase in food prices. “Nevertheless, we expect inﬂation to decline from quarter 2 onwards and to reach the upper end of the BoB’s target range (6%) around mid-year,” he said.
Bank of Botswana’s spokesperson Andrew Sesinyi said in a statement on Friday that they have set the objective, not a target, for inﬂation in the medium term of 3 – 6 percent to represent price stability in the Botswana context.
Inﬂation that is in the range of 3 – 6 percent approximates the average inﬂation for Botswana’s major trading partner countries. This level of inﬂation creates a conducive environment for mobilising savings and investment, and fosters industry competitiveness, both of which contribute to sustainable economic growth, employment creation and higher living standards.
“Conversely, high inﬂation implies that price competitiveness of the domestic industry in foreign markets and against imported goods and services can only be achieved by continuous depreciation of the Pula exchange rate. It is acknowledged that trends in international prices have a major impact on domestic inﬂation. Equally, changes in administered prices and indirect taxes have a signiﬁcant bearing on inﬂation,” stated Sesinyi. The effect of these factors on past and prospective inﬂ ation is outlined in the 2013 Monetary Policy Statement (MPS).

The 2013 (MPS) points out that “the Bank will adjust monetary policyin response to a sustained deviation of the inﬂ ation forecast from the objective range, and where the causal factors could be inﬂuenced by domestic monetary policy action”. In this respect, Sesinyi indicated that the price movements that have tended to push inﬂation above the 3 – 6 percent medium term objective range in recent years mainly reﬂ ect factors and/or international price movements that cannot be inﬂ uenced by monetary policy action.

He further emphasised that the high proportion of imports in goods and services consumed in Botswana is not the principal reason why inﬂ ation is higher than the upper end of the inﬂ ation objective (6 percent). In recent years, domestic inﬂation has been persistently above inﬂation prevailing in trading partner countries, which is a clear indication that foreign factors were not the primary source of higher inﬂation. Even when ﬁnished goods are imported, a range of domestically determined costs (wages, utility tariffs, rentals, taxes, levies, etc.), as well as domestic demand conditions and competition will have a signiﬁcant impact on the ﬁnal price. 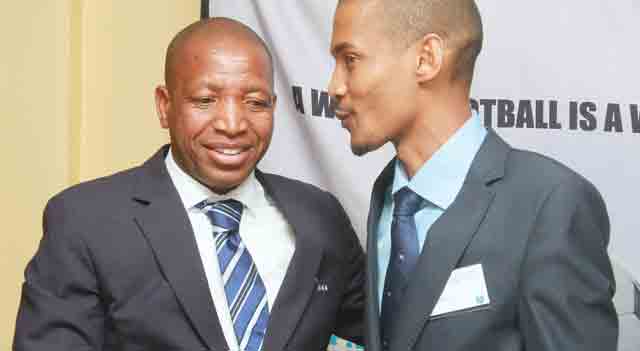