Twenty-Three Moiyabana residents facing charges for riots when protesting the disappearance of a man in the same village in January this year are now planning to sue police officers who beat them during the protests.
When the suspects appeared before Serowe Magistrate Tshepo Magetse, they complained about an assortment of injuries they say were inflicted on them by Botswana Police Services officers who were on duty during the riots. The court heard that suspects have medical records showing head and eye injuries as well as hearing complications. The accused have not recovered from those injuries, the court heard.
The lawyer for the alleged rioters, Yandani Boko of Boko and Associates, notified the court that he will deal with the issue of police brutality separately. “Your worship, I will deal with that issue after taking proper instructions from my clients,” he said.
The court however heard that investigations into the riots are now complete and that proper, detailed charges will be heard in the next mention. The 23 accused were previously charged with unlawful assembly when the case was first postponed to 2 June 2017 by the magistrate.
The next mention is expected to take place at Moiyabana Community Hall through a mobile court. Meanwhile, Moiseraele ‘Peach’ Johanna is still missing and the villagers are still displeased by how authorities and village leaders are handling the matter, alleging foul play and negligence on the side of the police.
The residents also suspect that Johanna is another victim of ritual murders in what they say is a growing trend of such cases in their area. In fact, during the recent hearing, outside the court, chants and songs about the missing  man were heard, with protesters wearing t-shirts written “Bring back Peach.” 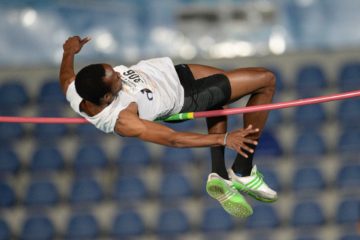