May 30, 2020 Admin
Home»News»Investigations»“3 IN 5” Women Have Experienced Sexual Abuse in their Lifetime
Investigations/News

“We talk a lot about societal ills, especially those perpetrated against women and children, but not enough about sexual abuse because most of the time it forces us to question the people we trust”- R&B artist Licky

New Capitol Cinemas at Riverwalk was the scene for the release of a short story documentary on sexual abuse titled 3 IN 5 last week by award winning R&B artist, Emulo Kgomotso, who is best known as Licky.

The title reflects the rate at which females in Botswana go through some kind of sexual abuse in their lifetime but they never talk about it and instead blame themselves for it, are re-victimised or still live their lives in fear.

“This is a shocking statistic I got in therapy a few years ago,” Licky said. “I was a child victim. I needed to share my story, our story, to generate recognisance in behavioral change, re-victimisation and rehabilitation of the affected. It was important for me to make an impactful change in my society, given the platform I already have to influence a generation that my daughter is a part of.”
In 2016, the phrase “Me Too” (#MeToo) became a social media rallying cry beckoning victims of sexual harassment or abuse to share their stories. After the #MeToo campaign was catapulted into public consciousness, millions of women told their stories all over the world. So in this documentary, Licky is telling hers the best way she knows how – through art and music.

“So yes, me too,” she narrates in the documentary with a soundtrack from her 2018 EP titled ‘4 A Moment.’ “I am 3 in 5. We talk a lot about societal ills, especially those perpetrated against women and children, but not enough about sexual abuse because most of the time it forces us to question the people we trust.”

Now available on Youtube, the documentary is the beginning of a journey to continue telling untold stories about women through documentaries and theatre. The next installment will be at Maitisong on 25 April 2020. The goal is to drive a national dialogue on sexual abuse by creating platforms for conversation and reducing the statistics of violence by both genders where no more children will fall a victim out of fear or lack of knowledge.

The documentary also rehabilitates and inspires hope in women who were sexually abused by providing learning and healing services that can help them find individual soothing. Their long-term goal is to have centres for counselling in gender-based violence at every clinic in every village and guidance and counselling in sexual issues in schools from the pre-school level.

Licky has always worked with an all-female dance crew called “2 Change.” It is featured in the documentary for uplifting women and promoting their unity in tackling issues inimical to them as women towards ending girl hate by means of real and healing conversations. “After my daughter was born, it became more urgent,” says Licky. “I had to become fearless and face my past. We need to end this generational misconduct by both genders.”

The artist also has formed The 3 IN 5 Foundation for a long lasting structure that will be the voice of girls, boys and the wider community. Launched alongside the documentary, the idea behind the foundation is to have a generation of young girls and boys, parents, care givers and the community educated in effective responses and prevention of sexual abuse., Licky says she has been fortunate to be surrounded by decent men in the male-dominated music industry where she started a record label to create a safe environment for upcoming female talent.

“I spent the last two years educating myself in human psychology in relation to trauma,” she said at the launch. “The documentary was made a year ago with the help of some talented friends who believe in the cause. 2 CHANGE, Bob Photography, ShotsbyCXD, Venus Creations and my record label, Heartbeat Sounds, made it all happen. We want to bring in as many people as we possibly can to this cause.”

Forbes Under-30 Summit to Continue as Planned Despite COVID-19 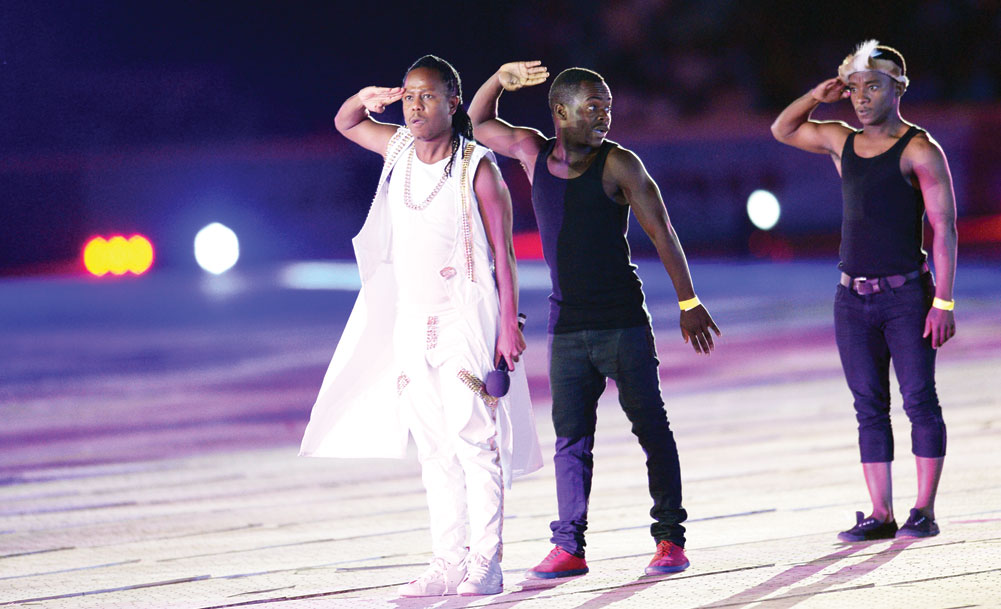