MAUN: The Ministry of Local Government and Rural Development has approved seven posts for Headmen of Arbitration in the district, with five in Maun Administrative Authority and two in Okavango Sub district.
Addressing the full North West District Council recently, its Chairman Reaboka Mbulawa revealed that posts for Boro, Disana II, Thito East, Molapisi, Samedupi, Magopa (Qangwa) and Jao Flats had been approved.
He said the Headmen of Arbitration had already been re-instated at Jao Flats and Thito East, as some members of the community did not agree on the names previously chosen. “These appointments will really help in addressing issues of backlog previously experienced at the Batawana main Kgotla,” he said.
Mbulawa also told the council that since the inception of poverty eradication programme, the council was allocated funds amounting to P17, 308,583.05 for implementation and to date a total of P16, 614,136.40 had been used to finance 618 projects.
With regard to clearing of backlog, Mbulawa revealed that the district had a total of 223 beneficiaries awaiting packaging and to date 179 have been packaged. “On the same note, 96 beneficiaries have been trained out of 158 who were awaiting training under backlog,” he explained.
He said the council was doing everything possible to have the backlog cleared by the end of March 2016. “With some of the strategies employed, collaboration with the private sector and other entities will provide technical training, and this is facilitated by the Office of the President and the Department of Social and Community Development. Furthermore, the target for the backlog is those beneficiaries who attended diPitso and those who were approved before March 2015,”he said. 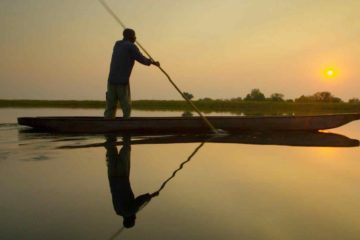