Findings show that overall public trust is low, perceived corruption and official impunity are on the rise, and most people say MPs and local councilors aren’t interested in listening to their views. More fundamentally, a majority of Africans believe that political leaders are more concerned with advancing their own ambitions than with serving the people.

While Members of Parliament (MPs) are expected to represent public interest in a functioning democracy and to be accountable to those who elected them into power, the latest results from the Afro-barometer shows that MPs are failing at this mandate, with many Batswana no longer having much trust in their leadership.
The job performance of MPs and local councilors from the Afro-barometer showed that almost half of Botswana population does not trust the people they elected into public office, especially those in parliament, with  44% of Batswana demonstrating distrust in MPs and 26% believing that they are corrupt.
“Almost half of all citizens disapprove of how their MPs and councilors are doing their jobs, and disapproval is even higher among those who see their elected officials as motivated by personal ambition, involved in corruption, or unwilling to listen to their constituents.”
Findings from the Afro-barometer surveys in 36 African countries suggest that there is considerable room for improvement. While assessments vary by country, overall public trust is low, perceived corruption and official impunity are on the rise in Africa, and most people say MPs and local councilors are not interested in listening to their views. More fundamentally, a majority of Africans believe that political leaders are more concerned with advancing their own ambitions than serving people.
“If public trust is low and perceptions of corruption are high, citizens are even more critical of their elected representatives for not listening to their constituents.” Asked how much of the time African MPs and councilors “try their best to listen to what people like you have to say,” about 3/4 of citizens say their political representatives “never” or “only sometimes” listen to their views. MPs (78% never/only sometimes) are rated slightly worse than local councilors at 72%.
Analysis of trust by region and demographic factors shows that on average East Africans express the greatest trust in Parliament (64%), while Central Africans (35%) and North Africans (36%) have the least trust. Trust is greater among residents of rural areas (52%) compared to urban dwellers (42%), among older citizens compared to their younger counterparts (ranging from 55% to 46%), and among less educated respondents compared to those with higher education levels (ranging from 56% to 41%).
In addition to high perceptions of corruption among elected representatives, many citizens believe that officials usually get off scot-free when they break the law. A majority (59%) of citizens say that officials who commit crimes “often” or “always” go unpunished (Figure 13). Less than half as many respondents (22%) say the same about ordinary citizens who commit  crimes. 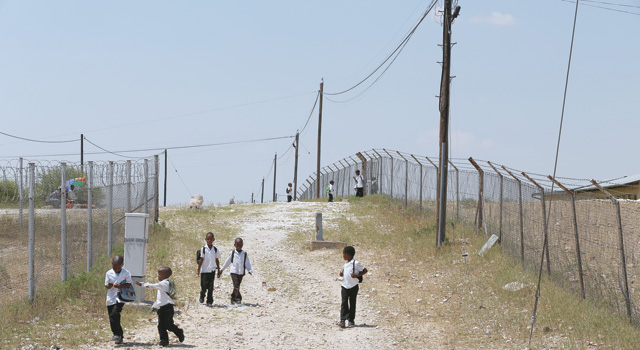