The African National Congress (ANC) is expected to summon one of the party’s influential members, South African president Cyril Ramaphosa’s sister-in-law Bridgette Motsepe-Radebe, over her reported involvement in an alleged plot to oust President Mokgweetsi Masisi.

This was revealed by ANC’s Head of International Relations, Bongani Bongo, in an interview with this publication this week. “We are having a sub-committee meeting on Monday (yesterday) and in that meeting we will be looking into a number of issues, including allegations of Bridgette Motsepe being linked with plots of a coup in Botswana,” Bongo said.

“We have heard the audio that was circulating around social media and after we meet this week we will call her for a meeting to verify and get it straight from her. We must set the record straight that those views are not of the ANC and do not represent the party in any way.”

Asked why the ANC had not summoned Motsepe-Radebe earlier, Bongo said the ANC was busy preparing for elections. “We felt that we would address the issues after elections,” he added.

He said the issue would only be dealt with at a sub-committee level and would not reach the party’s national executive committee as Motsepe-Radebe was only “just a member”.

Motsepe-Radebe, who is the wife of South Africa’s energy minister Jeff Radebe, was recently added to the visa restriction persons alongside compatriot Malcom X after the two were linked alleged attempts to topple President Masisi. She was also said to have been one of Pelonomi Venson-Moitoi’s chief financiers in the latter’s bid for presidency of the BDP in April this year as an ally of former president Ian Khama.

After Venson-Moitoi’s failure to replace Masisi as BDP president in Kang last April, South Africa’s president Ramaphosa sent his Minister of International Relations, Lindiwe Sisulu, to apologise on his behalf and on behalf of South Africa for “gross interference” by some ANC members in Botswana. 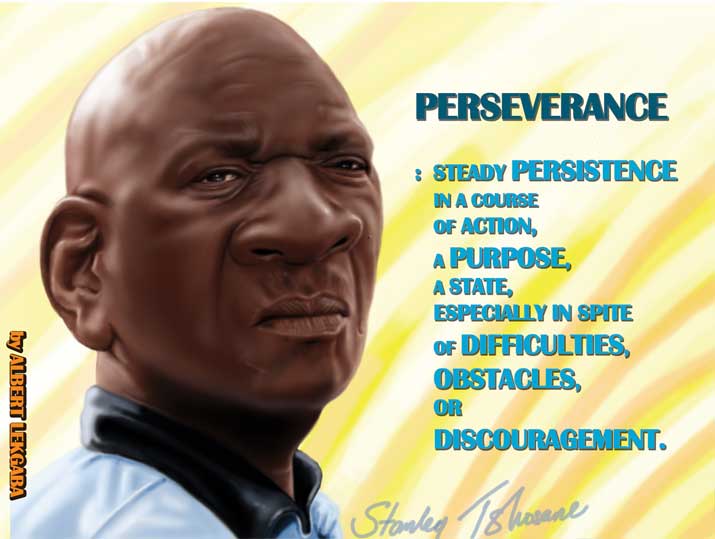