FRANCISTOWN: Botswana Democratic Party (BDP) National Youth Executive Committee (NYEC) President Andy Boatile says he has rescinded his decision to defend his seat to focus on seeking election in the party’s central committee.
Boatile who initially wanted to stand for a third term told The Botswana Gazette in an interview that although he was still young enough to defend his position, time was right for him to take up more responsibility, hence his decision to seek election in the next elective congress. “After thorough introspection I resolved to say goodbye to NYEC leadership because I believe that the two terms I spent in the leadership has taught me a lot. I am now ready for more responsibilities that comes with the position of central committee. The BDP NYEC has groomed me to be a force to reckon and this is the time to leave while my legacy is recognizable,” he said.
Boatile says he is leaving a happy man because during his stint as NYEC President, he achieved a lot of things and that where he fell short, it was due to limited resources and funds. One of his top achievements, he says, is his advocacy for 50 percent of youth companies for tender buying, introduction of quarterly meetings with President Ian Khama and the Minister of Youth, Sports and Culture Thapelo Olopeng where he raise issues concerning the youth.
“So I think I have achieved a lot in advocating for the youth and this is time to leave for others to take over where I left,” he said.
Boatile wrestled BDP NYEC leadership from Bontsi Monare in 2012 at the Sefhare elective congress and successfully defended his position in a controversial 2015 congress held in Masunga.
While he could not say which Central Committee position he is eying, inside sources say he wants to topple the current BDP Deputy Secretary General Shaw Kgathi, as he “feels he can represent the party better”. 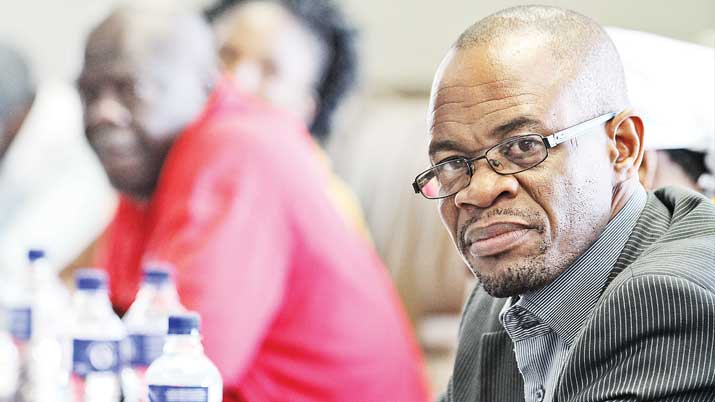