Says the BCP has lost its ideals

Former parliament aspirant and former Botswana Congress Party (BCP) member, Annah Motlhagodi who resigned from the party last year officially joined the Botswana Democratic Party (BDP) this week.
Motlhagodi said while she initially had high hopes for the BCP as one of its founders, the party has since gone to the dogs with party leaders who are drunk with power.
“We started the party on ideals of democracy but as time went on I could see that the party that I loved so much was not that same party anymore. I did not like or agree with a lot of things that were taking place within the party especially factions that were influenced by the party executive,” she said.
She stated that one of the reasons she left the party was that the executive had taken upon themselves to make every decision concerning the party without any consultations. She said the executive also decided that some positions were no longer important in the party and thus outsourced jobs and worked with a select few favored by them.
“I have in the past said the BCP executive has too much power and there is no one that can hold them accountable because they do not answer to anybody. That is not the way democracy works, the opposition should not be seen to be doing the same thing that they are criticizing the ruling party for, that is hypocrisy,” she said.
She further noted that she ended up joining the BDP to escape factionalism at the BCP, an issue she says her old party used to criticize the ruling party for.  “I am joining the BDP fully aware that there are challenges in the party but I am happy to be joining them because they have been able to run this country for many years now. I have never been their member before and I grew up in a BDP family.
The BDP also revealed a few other ex BCP members as well as those from the UDC who defected to the party.

EVM: Botswana democracy in a state of malfunction - Boko 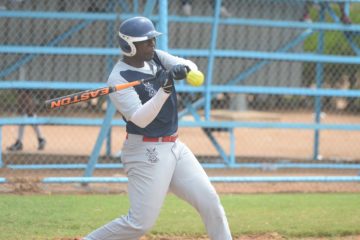