The Minister of Transport and Communications Thulaganyo Segokgo confirmed to this publication this Tuesday that Malinga’s company, Nolly Craft Investment was directly appointed by the BR management. Segokgo confirmed the value of the tender to be at P2.395 million.

For his part, Malinga, who divulged that he is a founding member of the company, said that the period of the tender was six months and also includes fumigating and disinfecting the entire BR fleet of trains and offices country-wide.

BR is headed by Chief Executive Officer (CEO) Leonard Makwinja.
“The contract is between BR and ourselves, we cannot really reveal anything too much,” said Malinga in an interview on Tuesday evening. “They have already revealed the amount of the tender, what I can however reveal is that this tender is for six months and we started three months ago. We will fumigate and disinfect all locomotives everyday. We have also disinfected all BR offices country-wide. In fact, if you calculate the entire costs, you would realize that the cost should have been higher than the P2.4 million.”

Malinga however said payments were yet to be made. Nolly Craft was one of the first local companies to volunteer fumigating malls and some organisations for free when the COVID-19 was first reported. He says that he has demonstrated his company’s capacity and it came as no suprise when he was requested to intervene at the New Jerusalem Apostolic Church in Zion, which then signed a partnership with his company. Nolly also provided its fumigating services at Tlokweng Border during lockdown and besides a wide clientelle in the private sector, Malinga says in a pandemic as this government needed a local company that can deliver with ease. He said his company has also been engaged in organic agricultural produce and disinfectation products over the years.

He currently serves in one of the ruling BDP’s national sub-committees. He has publicly announced that he will be contesting for the position of the Deputy Secretary General (DSG) in the upcoming BDP congress. The position is currently held by former Minister of Defence Justice and Security Shaw Kgathi. 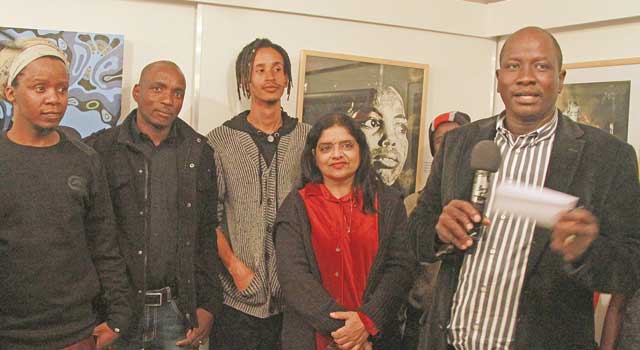