[blockquote style=default] A girl, 17, was hospitalised after her stepfather, 60, splashed hot cooking oil over her[/blockquote]

Ghanzi Police have expressed concern at the rising number of assault cases in the area.

Station Commander Superintendent Christopher Molobe told The Gazette in an interview that although crime is generally low in Ghanzi, they are worried about the rise in assault cases, which he attributed to alcohol use. Molobe said people do not seem to understand liquor regulations, especially those of traditional brews.

In one incident last Thursday a 17-year-old girl was hospitalised after her 60-year-old stepfather splashed hot cooking oil over her. According to Molobe the two had quarrelled while the girl was cooking fat cakes; the man kicked the pot and the oil splashed on the girl, burning her.

In another case on the same day, a 35-year -old man was admitted to the Maun Hospital with serious wounds after he was stabbed by another with a sharp instrument. According to Molobe, the two were coming from a nightspot when the culprit picked a quarrel with his girlfriend; the victim was stabbed while trying to intervene.

With only three and a half months into the new year, a total of 70 murder cases have been reported to the Botswana Police Service – 17 more than last year during the same period.

In an interview with The Gazette, police spokesperson Dipheko Motube said the majority of the cases happened at drinking spots, especially bars. He said they have observed that since traditional beer became regulated and no longer sold from homesteads, cases of murder, unlawful wounding and assault at bars have increased. “Before traditional beer was moved to bars, we experienced a lot such cases in shebeens,” he said.

He explained that people who drink traditional beer behave differently from those who drink western brews; this has caused clashes between the two groups.

Kgosi Sello Moroka of Lerala agreed; he said while the regulation of traditional beer has reduced the number of shebeens in his village, the selling of illegal drugs, and easy access of alcohol for students in homes , it has not improved general behavior within the community.

“This nation is lost. Parents seem not to know how to raise their children,” Moroka lamented. “What we see is the use of vulgar language, murder cases and fights, which previously only happened in shebeens,” he said.

He explained that people who drank in shebeens were known for their propensity to violence; hence since shebeens were closed down and traditional brews served in bars, violence had increased there.

No leader of opposition until 2014? 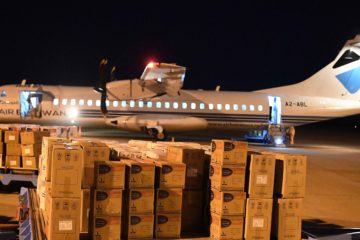