A confidential audit conducted by Ministry of Defence, Justice and Security under Administration of Justice (AoJ) has recommended criminal investigations of officers who authorized procurement and issuance of furniture to High Court judges outside the judges’ entitlements.

The audit discovered that in September 2018, certain judges received luxurious furniture that cost P760 000 of taxpayer money and an additional P55 608 in freight fees.

The Botswana Gazette is in possession of a copy of the audit that recommends that the matter should be “reported to the police as it seems that a crime has been committed”. Feedback on this recommendation was to be issued in December 2018 but the auditor complains that there has been no action since.

The alleged criminal activity follows the 2015 financial audit report in the aftermath of which four judges were suspended after being faulted for receiving housing allowances while living in official residences. The unnamed judges also live in official residences but the audit is questioning how they came to be procured private furniture using taxpayer funds.

In another matter, the audit says disciplinary action should also be taken against officers who “did not inform the Department of Housing about former judges’ evacuation of houses which resulted in paying of P57 000.00 from April to 30th June 2017”.

While action was taken against an officer who prepared a Goods Receipt Note (GRN) for payment to be processed for items not received amounting to P48, 622.99, the auditor demanded police involvement on those who caused procurement and issuance of furniture outside the judges entitlement.

The auditor also recommended action after giving authority to dispose of judges’ furniture and disposal of returned furniture. However, the auditor was yet to receive updates on recovery of funds expended on procuring furniture for judges residing in their private houses. 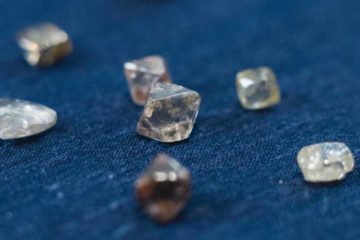