Investigations by The Botswana Gazette can reveal that attempts to liquidate the ailing Bridgetown Resort and pay First National Bank Botswana (FNBB) over P46-million loan reached a stalemate recently as the parties involved could not reach an out of court mutual compromise.
Bridgetown Resort, the brainchild of former speaker of parliament and cabinet minister Patrick Balopi who owns the hospitality entity with property mogul Ahmad Mansur Sidiqui and other investors, failed to maintain an over P46-million loan debt because it failed to stay afloat since its inception eight years ago. This led to FNBB putting pressure on the resort, appealing to the High Court to order Bridgetown to pay its debt. On the other hand, Bridgetown told the court that it was unable to pay, leading to both parties agreeing on the liquidation of the resort to payout the bank.
After a legal marathon which took almost two years, this publication understands Bridgetown and FNBB are now taking an out-of-court mutual compromise route. The Botswana Gazette can reveal that talks kick-started with a meeting held on 27th April 2017 in the afternoon at FNBB lawyers, Bookbinder Business Law Chambers, at the iTowers, Gaborone Central Business District. The meeting was attended by Bookbinder Senior Associate Msiya Kindiano who came with an FNBB representative while his counterparts from Ndlovu Moitshepi & Co., the law firm representing Bridgetown, were led by Jones Moithepi. Sidiqui of Bridgetown was also present at the liquidation meeting.
However, the meeting did not go as planned as Bridgetown opposed all proposals of liquidation suggested by FNBB and one Mr. Wright who appears to be the liquidation facilitator- leading to an empasse. According to information intercepted by The Botswana Gazette, it was suggested that potential buyers found by Mr Wright should not directly deal with Sidiqui. The potential buyer and amount of purchase were however not discussed in the meeting.
The Bridgetown lawyers found the proposal “self-serving as it only seeks to expedite the liquidation.” According to meeting minutes seen by this publication, Bridgetown lawyers argued for the potential buyer to disclose the amount they are prepared to buy the property with. “That is, to sell the property before liquidation as to when it should be sold for next to nothing,” read the minutes.
After the liquidation talks collapsed, Bridgetown lawyers Ndlovu Moitshepi & Co. wrote to FNBB on 4th May 2017 showing their client’s position which opposes suggestions made during the April 2017 meeting.
The reasons advanced by Bridgetown is that;“If the said potential buyer is a genuine buyer, then nothing prevents both parties(FNBB and Bridgetown) from firstly attempting to facilitate the purchase outside the liquidation process. This way the property sold will be more likely fetch a more competitive price which can only be to benefit of both parties as well as other Bridgetown creditors.”
“If the purchase is only on condition that Bridgetown is liquidated first then in the event that there is a shortfall in the proceeds of the liquidation then client’s liability will not be fully extinguished and thus exposing the sureties to unnecessary liability which could have been avoided if property (whose present value , in any event, far exceeds Bridgetown’s liability to FNBB) was sold in the open market,” says the letter.
Bridgetown is also concerned about its creditors who it thinks will be prejudiced as they may not get anything out of the liquidation. The resort’s lawyers argued that it was common cause that the liquidation process often has very high expenses and less than competitive prices at which assets are sold, all of which significantly reduce the proceeds to be shared by creditors.
Bridgetown lawyers are also against FNBB purchasing the resort and thereafter selling it and/or dispose of it and/or utilize it as it sees fit, an option they also say makes  liquidation becomes unnecessary. 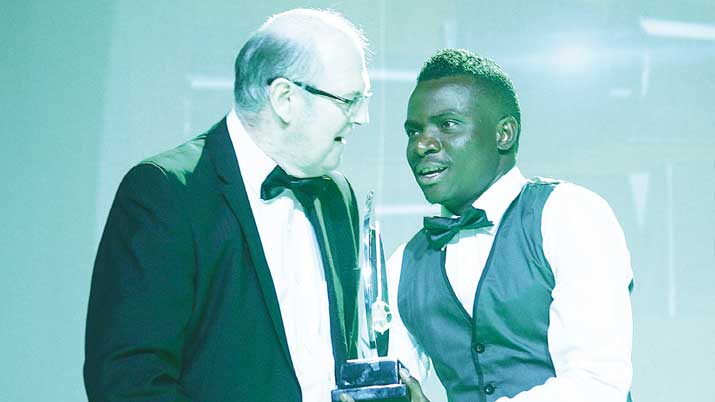