Just as Mpho Balopi was smacking his lips and thanking his gods for the unbelievable stroke of luck that saw him named a minister in addition to his powerful station of Secretary General of invincible Domkrag, chagrin hit in the form of an ultimatum to choose betwen the two positions. LETLHOGILE MPUANG reports

The newly elected MP for Gaborone North, Mpho Balopi, must choose between his ministerial post or his position as Secretary General of the ruling Botswana Democratic Party (BDP), The Botswana Gazette is reliably infomed.

Balopi met this dilemma after all MPs, most of them novices, returned from week-long induction retreat in the resort town of Kasane that ended on October 14. Sources say President Mokgweetsi Masisi slapped the new Minister of Employment, Labour Productivity and Skills Development after concerns were raised about Balopi’s ability – or anybody else’s – to fulfill the demands of both offices which are exacting.

It is also understood that some are angling for diminishing Balopi’s influence on the party and are pressing for him to step down as Secretary General of the BDP before the party’s elective congress next year. Sources say former commander of the Botswana Defence Force (BDF), Tebogo Masire, is waiting in the wings as the favoured candidate to assume the position at the elective congress, if Balopi vacates it.

Even so, the Executive Secretary of the BDP, Ame Makoba, says he is not aware of these developments “We are not aware of these concerns,” he told The Gazette yesterday. “Balopi was popularly elected by congress. If he is overburdened, he will say so himself. Actually, Balopi is an experienced and seasoned politician who ran his businesses side by side with his party roles without any sign of being overburdened.”

The last MP of the ruling BDP to hold the dual positions of SG and cabinet minister was Daniel Kwelagobe but former president Ian Khama suddenly ruled that BDP members must choose between cabinet positions and positions in the party. Feeling a need to keep the strongman in check, Kwelagobe chose to remain SG.

While a date for the elective congress remains known only to the party president, a new faction within the party is also said to have emerged. According to sources, the national campaign team that saw the BDP retain power at this year’s general elections is demanding a cut of the cake in reward for a sterling job. Some are said to be frustrated after being overlooked for nomination as Specially Elected Members of Parliament (SEMP). Among these is Tebelelo Seretse who was the national campaign manager who was allegedly promised to return to Parliament as a SEMP. But she denies being offered to become a SEMP and says she wants to use her political capital and experience to prepare the party for future elections, including the elective congress next year because such a role is not suited for new entrants on the scene.

Sources say Seretse, who is Botswana’s former Ambassador to the United States of America, could challenge Vice President Slumber Tsogwane for the chairmanship of the BDP. She is no stranger on this path, having made an unsuccessful bid to challenge Masisi for the position at the Tonota elective congress in 2015.

Another name being touted for the SG position is that of Boyce Sebetlela. Dorcas Makgato, Kambimbaha Mbahanka and Bontsi Monare are said to be aiming at positions on the Central Committe. Members of the BDP backbench who feel overlooked for cabinet appointments have been linked to this faction. 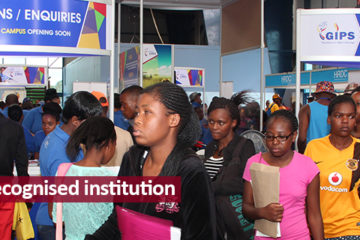