Around 500 Etsha 8 residents have petitioned President Ian Khama over his government’s failure to grant them residence plot certificates for plots they were allocated by dikgosi in 1968.
The aggrieved residents in a letter to the president dated 25th January 2017 say this ordeal has stifled their development and complicated their lives as they cannot access any developmental utilities like water and electricity among many others.
In 2011, the Housing and Populations Census recorded Etsha 8 population to be 497, a number that would have increased by now. “We do not know what they want from us. We have done all we could but nobody seems to be caring. We have made this noise for the past decades and nothing is moving, we are just stagnant and hopeless,” another petitioner, Kwandera Ndara said.
The area MP who is also the Assistant Minister for Presidential Affairs, Governance and Public Administration, Thato Kwerepe, surprisingly claimed not to know anything about the issue despite his ministry having responded to the petition in February.
“I have not heard anything in relation to that matter. The number you are giving me is so big to be ignored. I will follow the case up and get to the bottom of it,” he said.
In their letter to Khama, the residents called upon the president to come to Etsha 8 in person as they do not want a written response: “We the resident of Etsha 8 request you to come to Etsha to hear our grievances. We do not want to discuss anything through letters and request you to come to us for dialogue.”
The letter continues: “We are 497 in Etsha 8 but since being allocated these plots we are yet to be given their certificates which will enable us to connect water, electricity and access other developments. The answer we get from the Land board authorities is that we are squatters but our understanding is that we, together with all other residents of Etsha from 1 to 13 were procedurally allocated these plots.”
The letter further says that the District Commissioner and Council have also not been of any assistance:“This is why we write this letter with heavy hearts hoping that you as our leader can come to our rescue,” they concluded.
Khama however in a letter dated 2nd February directed the angry residents to the Ministry of Land Management, Water and Sanitation Services saying “the appropriate authority to have appealed your case is to the Permanent Secretary, Ministry of Land Management, Water and Sanitation Services.”
Gumare Sub Land Board which has been accused of neglecting the issue says it can only comment once given permission to. The Secretary, Rebbeca Dumedisang, said they are not authorised to speak to the media: “You will have to speak to the Ministry or Tawana land board,” she said.
The Tawana Land Board secretary, Gabofete Raditladi could not be of any help either as she said the matter was new to her ears: “It’s my first time to hear of the case, the Sub land board has not brought it before us. I will follow it up,” she said. 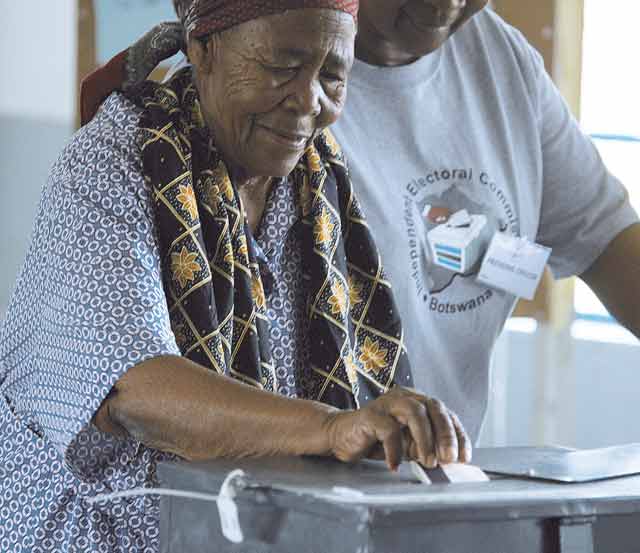