November 30, 2020 Admin
Home»News»Investigations»Basarwa accuse govt of dealing with them in bad faith
Investigations/News

Central Kalahari Game (CKGR) Reserve residents of Molapo, Metsiamanong, Gugamma, Mothomelo and Gope have written government a letter accusing it of dealing with them in bad faith as it only engages Roy Sesana in negotiations to implement a 2006 landmark  court order which directed the restoration of services in their area.
In the letter seen by The Botswana Gazette dated 5th February 2016 addressed to the District Commissioner, the residents question why government chose Sesana to make decisions for them.
“Ngwaga o o neng o feta re bonye Roy Sesana a nale batho baga goromente (Council) ba go neng go lebega ba ne ba ya CKGR. E rile re botsa Roy Sesana ka se ba yang go se dira ko CKGR a seka a re tlhalosetsa. Gone go lebega e le sengwe se se dirwang e le sephiri,” reads the letter.
The residents in the letter say they understand from sources that government was reinstating some services it previously terminated. They say by not being consulted, they had no way of knowing if the services would be permanent and whether the move was bonafide. They also pointed out that they were victimised for making enquiries about the developments.
The residents say they do not understand why, since they are no longer at war with government, their belongings like livestock confiscated from them during forced relocations, were not being returned to them.
Documents seen by this publication show that in a meeting held on 21st July 2016, one resident, Sister Gaotlhobogwe, complained that they were not consulted and that their lawyer Gordon Bennett was banned from entering Botswana, an indication that government was indeed dealing with them in bad faith.  He said until they are given back their livestock and their lawyer is allowed to enter the country, he will never believe anything the government proclaims.
Mbonego Gaorapelwe is quoted in the same meeting stating that they were tricked into forming a committee that would advocate for the return of their confiscated livestock and their general welfare. This claim was affirmed by Kaitshotla Keemetswe who is recorded indicating that “Just very recently Roy asked them to write their names downs, claiming that this was done in preparation for food rations to be given to communities; instead he seemed to have used those names to create a committee which they were against,” reads the minutes of the said meeting.
The residents questioned government as to why it did not equip boreholes that are already drilled instead of transporting water from Old Xade, with Kaitshotla saying she did not want to be given water in temporary tanks. The residents also said they never consented to any tourism activities in the area.
In its response, the government curtly said individuals were entitled to their opinions and that Sesana was engaged to facilitate consultation with residents and their needs.  “Mr. Sesana does not work alone.  He works with the CKGR Residents’ Consultative Committee. Members were democratically chosen by residents to represent them in consultation with government,” answered the Spokesperson for the Ministry of Local Government and Development Planning, Masego Ramakgati.
He also stated that government had no hidden agenda to victimize or ill-treat them but would instead like to see them living a happy and fruitful life without hindrance. It is pursuant to the said consultation with Sesana that government is restoring services for residents of the area.
Survival International Field and Research Director, Fiona Watson, however revealed that they continue to monitor and publicize the situation of the of the Bushmen in the CKGR. She says over a decade since the landmark High Court ruling, the government of Botswana was flouting it as it bars the majority of CKGR residents from returning to their homes freely and forcing them to apply for monthly permits to enter the area.
“Many Bushmen are concerned that, once the current generation has passed away, they will be shut out of their land forever,” she pointed out.
Watson revealed that although they can no longer be in Botswana they will  continue advocating for Bushman rights in the country and make sure that their voices are heard both nationally and internationally to keep pressure on the authorities.
“The Botswana government has banned Survival’s staff from entering the country in an attempt to silence us. Despite this we will continue to denounce and publicise the violation of the Bushmen’s rights,” she said. 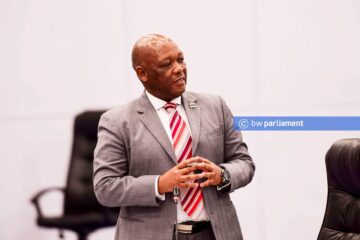