Threaten to punish him in the primary elections

FRANCISTOWN: Bazezuru living in Mandunyane village have vowed to punish Member of Parliament for Tonota Thapelo Olopeng for failing to fulfill the promises he made ahead of the 2014 general elections.
The aggrieved Bazezuru who make up the majority of the Mandunyane council ward say that they had previously elected the former area Member of Parliament Pono Moatlhodi but that in 2013 they turned against him and opted for Olopeng, who won the primary elections and subsequently the national elections because he had promised to build them a workshop for carpentry and metal works.
“He approached our leader and asked him to convince us to support him starting with BDP primary elections as well as the general elections. We definitely gave him all the support because he promised to build us a workshop fitted with everything that we need for our work. He promised that after winning the elections he will immediately start the construction of the work,” Bazezuru who spoke to this publication revealed.
However, to their disdain almost four years after electing Olopeng to the seat, he is yet to fulfil the promise he made. According to community leaders, they feel that Olopeng has made empty promises and has to be punished by voting him out at the coming primary elections.
The community’s condemnation of Olopeng is not uniform as at least one member justifies his failure to fulfil his electoral undertakings on the lack of available land, “Recently when we followed the issue, we learnt that the MP is still struggling to secure a plot. Hopefully he will build the workshop if he can find a plot.”
The leader of Bazezuru Jacob Hamadziripi did not admit that Olopeng had failed to fulfil his promises but lay the blame on lack of land as the reason for the delay. “I do not think the MP has failed to build the workshop as promised, it is only that he is failing to secure a plot. He asked us to help him find a plot. We should not rush to dismiss his promise because he is adamant of building the workshop,” Hamadziripi said in an interview.
Olopeng is expected to battle against former Councillor Botho Ntirang and councillor Peter Williams in the coming BDP primary elections in August.
While Olopeng could not be reached as his phone was unreachable, Mandunyane Councilor Morgan Madumela confirmed knowledge of the community’s concerns but stated that Olopeng is better placed to talk about the election promise. “I know about the promise because Bazezuru raised the issue several times in kgotla meetings but Olopeng blames the lack of land for the delay of the workshop. We learnt from Olopeng that he is struggling to find a plot. Some of the Bazezuru once suggested that the workshop should be built in their plots but the MP did not support the idea,” Madumela said. 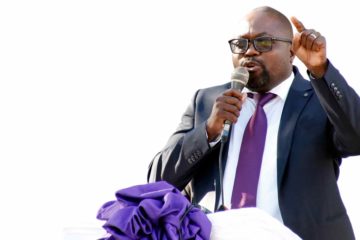