FRANCISTOWN: A Botswana Congress Party (BCP) pressure group dubbed ‘Re Mono Fela’ seems to have resurfaced judging by the latest developments where its leader Chibuya Dabutha is defying the party’s agreement with the Umbrella for Democratic Party (UDC) by registering for the looming Tshimoyapula ward bye-election as an independent candidate.
Subsequent to BCP resolution of joining the opposition coalition (UDC) last year and signing Memorandum of Agreement (MoA) for 2019 general elections, a pressure group led by the party activist Dabutha emerged within opposing the coalition. At the time Dabutha and her members argued that the intension of the grouping is not to sow divisions but to sensitize members who seem to have forgotten the ideals and principles of BCP enshrined in its constitution. Further the group argued that they are of the view that as party members, they are being put under unnecessary pressure to sacrifice their principles to meet the demands of people they do not share a vision with.
However, with the looming Tshimoyapula council ward in Serowe North constituency, the group leader Dabutha resurfaced and   disregarded the agreement signed by UDC contracting partners and registered to contest the bye-elections scheduled for October as an independent candidate, a move which will pit her against UDC candidate Modala Modala and Botswana Democratic Party (BDP)’s Katholo Tapologo.
According to those close to developments despite efforts by the BCP to persuade her not to contest against a UDC candidate were futile as Dabutha remained defiant as she believes that she is the right candidate considering the membership drive she launched in the area. “Dabutha strongly believes that she has made inroads in the ward as she long started 2019 preparations immediately after the 2014 general elections. All along she has been on the ground recruiting for BCP, so she believes that she cannot revive the party in the area and be snubbed in the elections,” revealed an insider.
Though she did not want to be drawn into discussing the issue claiming to be busy, Dabutha confirmed her independent candidacy but stated that she remains a loyal BCP member since she has not resigned. “I have registered to contest as an independentt candidate but I have not resigned from the party, but for more queries you should contact me later as I am busy for now,” she told The Botswana Gazette.
Reached for comment BCP Publicity Secretary Dithapelo Keorapetse stated that Dabutha’s candidacy is a clear violation of a party resolution to join UDC.
Keorapetse said they have a long-standing resolution that if a member stands against the party as an independent candidate their membership terminates automatically. “We are as the BCP committed to the UDC project and we will not allow rogue elements to derail us, therefore we encourage all BCP members in Tshimoyapula and Majwanaadipitse to vote for UDC candidate. Any member who works against the party during the bye-election by aiding either the BDP or an independent candidate would be committing offense of treachery,” he said.
Quizzed on whether he was aware of the Re Mono fela lobby Keorapetse said “I have heard about the notion, but it is just delinquency and indiscipline. Majority of BCP members have spoken pursuant to our internal party democratic principles.” 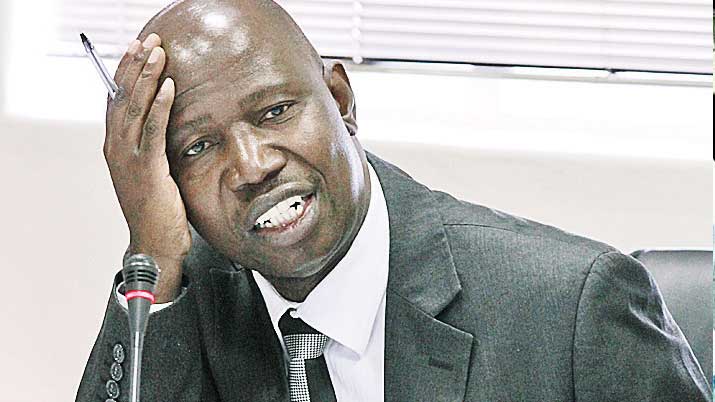