It is just a matter of time before the ‘loopholes’ are plucked are poachers who recently massacred Rhinos in Botswana are caught and arrested, cautioned the Minister of Justice Defence and Security, Kagiso Mmusi.

In an interview with The Botswana Gazette, Mmusi said the poachers managed to massacre Rhinos after they technically outsmarted guardians of the tourism sector, but said that the anti-poaching units of the Botswana Defense Force (BDF) and the Department of Wildlife and National Parks, together with assistance from Botswana Police Service and Botswana Prisons Service are coming after the poachers.

Rhino poaching in Botswana’s plush Okavango Delta rose to unprecedented levels with twenty-three white Rhinos and eight black Rhinos killed since October 2018, according to numbers released by the Ministry of Environment, Natural Resources Conservation and Tourism. Between April and October 2019, nine rhinos were killed. The unfortunate incidents have increased with 13 more rhinos having been poached from October to date, the Ministry said.

Ex-tourism Minister Tshekedi Khama was quoted in the media recently blaming President Mokgweetsi Masisi’s administration for having made bad decisions leading to the rise in poaching. According to Khama, Masisi’s government erred when disarming the Department of Wildlife and National Parks anti-poaching-unit which incapacitated the Wildlife intelligence against the heavily armed poachers. Further he said the BDF anti-poaching unit is overwhelmed which is why he established the Wildlife Intelligence which had poaching as its sole mandate.

Quizzed on whether the BDF anti-poaching unit is failing in its anti poaching duties, Minister Mmusi said the BDF unit is more than capable and that they have the right resources and military hardware to take the poachers head on. He acknowledges however that there are loopholes, which they have identified, which the poachers capitalised on.

He declined to reveal the loopholes though. Asked whether the recent spike in Rhino poaching had some political influence as per some suggestions, he refused to use the word ‘political’. He said the poachers capitalised on some loopholes, which he said the armed forces will soon pounce on them.

The imperative for inclusive and more equal societies 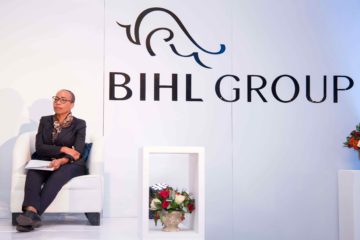