FRANCISTOWN: The ruling Botswana Democratic Party (BDP) has allayed fears of postponement or cancellation of its much-anticipated elective congress this year.
This comes against the backdrop of last week’s decision by the BDP to suspend all party activities and gatherings due to the COVID-19 pandemic. “Following the international outbreak of the coronavirus (COVID-19), President Mokgweetsi Masisi made a public statement regarding the government interventions in dealing with the virus,” a BDP statement said last week. “Among the interventions stated is the suspension of external travelling, public gatherings and meetings. In light of these developments and consistent with this direction, the BDP would like to suspend all party activities and gatherings until further notice.”

However, the BDP has allayed fears that the elective congress could also be suspended or cancelled, saying only immediate party activities and gatherings were so far suspended. Prospective Central Committee candidates who talked to The Botswana Gazette in confidence had said their campaigning would be impacted, leaving them financially challenged for no purpose. Last year the BDP postponed its elective congress in a volatile atmosphere that the party’s leadership feared could affect the outcome the 2019 general elections that.

“Our fear is that the party might postpone the congress, and if the leadership takes this decision it will be a drawback on us as candidates,” said one member who is vying for a CC position.
However, the BDP’s Chairman of Communications and International Relations, Kagelelo Kentse, has allayed these fears. “This decision only affects immediate events like the national council that was scheduled for next week, as well as victory celebrations,” Kentse said in an interview. “As for other events like the congress in July, the party will look at how critically the event is needed.” 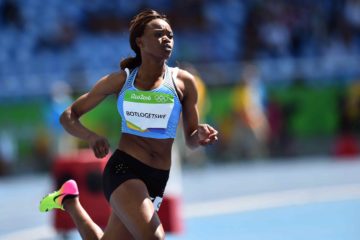