The infamously chaotic Botswana Democratic Party (BDP) primary elections, also known as Bulela Ditswe, will kick off without some ministers’ names in the ballot papers as they have not registered to contest by deadline last Friday.
The first batch of the elections will be held in October while the second and last will be held next year. In Mochudi west, a constituency held by the Umbrella for Democratic Change (UDC) ‘s Gilbert Mangole, Unity Dow who is the Minister of Basic Education has not shown interest to contest. Party Secretary in the constituency, Tosh Kgotlele told this publication in an interview that only two candidates, Bakgatla paramount chief, Kgafela Kgafela’s brother and lawyer, Mmusi Kgafela and former journalist and now businessman, Batlhalefi Leagajang have expressed interest.
Kgafela was roped in the party recently in a development that shocked many owing to the government and Bakgatla royals’ protracted confrontations.
The other interesting development is in Tlokweng where the party’s trusted candidate Elijah Katse has not expressed interest to contest the elections leaving the room for upcoming members to try their luck. In a brief interview with this publication, Katse who recently lost the Tlokweng bye-elections to Kenneth Segokgo of UDC following the death of Same Bathobakae said he has decided to throw in the towel to give others a chance. Segokgo gained 4 634 votes with Katse managing only 2 156 votes.
Of all these constituencies, the war is expected to be in Goodhope Mabule constituency currently under Kgosi Lotlaamoreng of UDC where the rivals, Fankie Motsaathebe and Minister of Presidential Affairs, Eric Molale are expected to offer political spectators a repeat of their last thrilling encounter.
Molale who is said to be unpopular in the constituency was, on several occasions, saved by his close connection with the party leadership. When the then member of Parliament, James Mathokgwane mysteriously dumped the constituency, the party had to negotiate with Motsaathebe to give way to Molale, reportedly a key part in President Khama’s succession plan. Mokaila does not appear in the list and Motsaathebe in a brief interview with this publication said that Mokaila informed him that he will not be contesting as he feels he has played his part.
In Gaborone North constituency, the party has resolved to field the newly elected Secretary General, Mpho Balopi who is unopposed. Balopi is likely to lock horns with UDC’s Haskins Nkaigwa, if the latter once again represents his party. Nkaigwa thrashed the BDP’s Keletso Rakhudu in the 2014 elections with a 1 629 margin.
Balopi’s predecessor at BDP Secretary General post, Botsalo Ntauane has maintained his position not to contest the 2019 general elections and does not appear anywhere in the Gaborone Bonnington South constituency which is currently under Ndaba Gaolathe of UDC.  If Ndaba remains a UDC candidate in the area he will face either Chris Nthuba-an alleged ally of Guma Moyo who was suspended by president Khama on allegations of electoral fraud in 2014 elections or Pelonomi Bantsi.
“Like I said I believe the party needs a new face in the constituency. Often the party loses because of unsuccessful faces who just do not want to go and give others space,” Ntuane said when confirming that he has not shown interest.
However, the newly recruited member from Botswana Congress Party, Anna Motlhagodi does not agree with Ntuane’s view of politics. Despite having suffered several defeats in her quest to go to parliament under the Bonninton North constituency currently held by the UDC President Duma Boko, Motlhagodi, who has expressed interest together with Robert Masitara for the constituency said, “it is not about how many times you fall but how you rise”. Masitara once graced the media pages after he threatened to expose government’s corruption, a threat that eventually faded.
In Mochudi east, a constituency held by Isaac Davids of UDC, Mpho Moruakgomo is still hopeful and does not appear to be running out of breath. He has expressed interest together with a newcomer who is a Councillor. Davids thrashed Moruakgomo by a 883 margin in the 2014 elections.
In Ramotswa, a constituency under BCP, the party’s trusted soldier, Odirile Motlhale has decided to back down as he does not appear anywhere in the list. He told this publication that he has decided to keep his word as he is now focusing on his businesses. Despite this, Motlhale was very popular in the constituency losing to Samuel Rantuana with only 618 margin. The constituency is been contested by Lefoko Moagi, a mining engineer and retiree Lentswe Monare and sources pick Moagi as the likely replacement of Motlhale.
Mogoditshane is the most populated constituency with about five candidates. The veteran, Patrick Masimolole and Khama’s close associate Mabaila Mabaila, BDP youth wing treasurer Bruce Nkgakile, Chester Otiisitswe and one Kgankga have all expressed interest for the constituency currently under Sedirwa Kgoroba
In Molepolole, party stalwart Daniel Kwelagobe has kept his word that he is not contesting 2019 and he does not appear anywhere in the list. The party will field new candidates there while former Minister, Gaotlhaetse Matlhabaphiri has expressed interest and wants a re-run of his contest with Mohammad Khan or anyone from the UDC.
Surprisingly the Gaborone Central constituency is not packed as many might have anticipated. Only one candidate, Tumisang Healey who is said to be close to Vice-President Mokgweetsi Masisi has expressed interest in it.
Phenyo Butale of the Umbrella for Democratic Change (UDC) had won the constituency with  4601 against 3727 and 3191 of Dumelang Saleshando (BCP) and Rupert Hambira (BDP) respectively 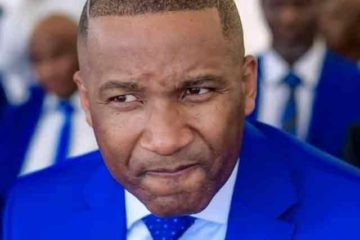