Fireworks are expected at the upcoming Botswana Democratic Party (BDP) National Youth Elective Congress (NYEC) as allegations are surfacing that some party leaders have aligned themselves and sponsored candidates through the campaign period.
Currently, the names of candidates gunning for youth Chairmanship at the congress billed for 9th-11th February stand at seven. Simon Mafenge is currently the most talked about candidate as he is said to enjoy the support of Vice President Mokgweetsi Masisi and Guma Moyo who are said to be splashing money and providing cars for his campaign.
Masisi who has been at the forefront of the BDP’s recruitment drive will also be contesting for the party’s Chairmanship at the upcoming National Elective Congress in July. Mafenge in an interview, however, attempted to distance himself from association with Masisi.
“There is talk that I’m being funded by some of the party leadership, and I am aware, but all that is not true. My lobbyist is very organised and comprises of mature individuals who have accumulated enough resources for themselves hence the convoy of many cars that people are crying about,” he said.
The controversial Bruce Nkgakile who will also be contesting told this publication that he was well received by the party’s youth. Nkgakile who took his campaign to social media, has listed his reforms and strategies which says he would adopt after winning.
Thabo Autlwetse was left as the strongest contender to Andy Boatile in 2015 after the now deported Jerry Chitube was barred from contesting. His lobbyist also pulled out of the race during the controversial elections in Masunga, citing some irregularities which they said did not favour them. Autlwetse has confirmed that he will contest for the Chairmanship again this year: “There is no how I will not contest when I have a lot of people supporting me. I will rather prefer not to talk about what transpired in 2015 as we all know what happened,” he said.
Also in the race is Ronald Kgathi, the son of Minister of Defence Justice and Security Shaw Kgathi. Fox Segwai, Vuyo  Notha and Collen Mochotlhi will also contest for the same position.
The BDP youth elective congress is expected to be a barometer and curtain raiser for what will happen at the party’s main National Elective Congress in July, as major factions are said to be taking shape. 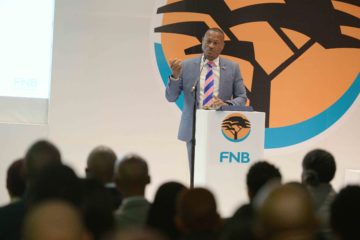