The suspension uplifted due to lack of evidence

FRANCISTOWN: Botswana Democratic Party (BDP) members recently suspended for allegedly de-campaigning the party in the Phillip Matante ward by-election will breathe a sigh of relief after the party’s Disciplinary Committee uplifted their suspension due to lack of evidence.
According to sources close to the developments, a disciplinary committee chaired by Damian Thapa last week dismissed the charges against the 9 suspended members after it established that there was inadequate evidence, and after key witnesses failed to pitch up.
“All the expected key witnesses who promised to testify against the suspended members failed to appear at the hearing. Therefore since there was no one testifying the DC resolved to dismiss the cases and uplifted the suspension,” revealed an insider.
According to the insider, only one party activist, councilor for Ipopeng ward, Jenamiso Mojaki, was found guilty because there was evidence that she campaigned against her party. Ultimately her suspension was also suspended provided she does not commit the same offence within two years. “So I can assure you that these cases are now finished and the suspended party activists can start being involved in party activities,” stated the insider.
Following the party’s loss of Phillip Matante ward to Umbrella for Democractic Change, the BDP established that some of its members ‘connived with the opposition’ to de-campaign their candidate.  The evaluations by the party spawned among other things the fraud allegations levelled against the currently suspended Francistown Regional Secretary, Raoboy Mpuang.
The suspected members were suspended for 60 days and recently saw other party members who are calling for their heads asking a task force evaluation meeting headed by Tosh Kgotlele to completely expel them from the party.
Efforts to talk to Thapa were futile as his mobile phone was unreachable at the time of going to print. 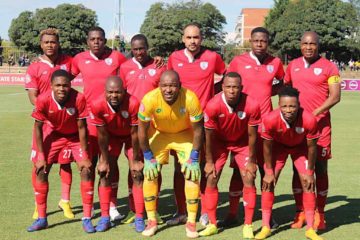