The Botswana Democratic Party (BDP) is not shaken by the recent merging of the country’s opposition parties, the party’s head of communications, Kagelelo Kentse, has said.

On the contrary, the BDP’s focus remains on delivering its election promises and is not concerned about developments in the ranks of the opposition. “We are not bothered and are not shaken,” Kentse said in an interview. “We have been given the mandate to rule this country for the next four years. That shows that Batswana still trust the BDP.”

“Our focus is to deliver what we promised Batswana in our manifesto and we are proud that we are indeed making progress. Batswana have proved since we gained independence that they trust and believe in the BDP and we state it strongly that we are unshaken by merging of opposition parties.” But observers say that should the opposition overcome internecine squabbling among contracting parties, it could pose a serious threat to the BDP in the next general elections in 2024.

The Umbrella for Democratic Change, the Botswana Patriotic Front and the Alliance for Progressives signed a Memorandum of Understanding (MoU) in which the contracting parties agreed that continuing cooperation in by-elections will strengthen their commitment to party relationships and work to increase the understanding of Batswana about social, economic and political problems confronting the country.

“We commit that between the years 2020 and the next general elections in 2024, where a by-election – may it be local or parliamentary – is to be held in Botswana, the contracting parties, being AP, BPF and UDC shall not contest against each other,” the MoU reads. “There shall be Contracting Parties’ By-Election Joint Committee which shall be responsible for overseeing the implementation of this MoU, including but not limited to coordinating inter-party collaboration and joint campaigns.”

According to the MOU, this committee shall be composed of the national chairpersons and secretaries general of the contracting parties. A contracting party that had won the seat that has fallen vacant will have the right to re-contest the seat unopposed.

The parties have also agreed on having a Leaders’ Forum comprising presidents of the contracting parties. The Leaders’ Forum shall regulate its own processes and procedures and be the final appellate body in all matters regulated by the agreement.

“To that end, the contracting parties collectively and or individually reserve the right, should negotiations on opposition parties’ cooperation beyond the scope of this MoU commence, to suggest any mode and form of cooperation during such negotiations.

“In the event that any agreement being reached by the contracting parties as regards opposition parties’ cooperation beyond by-elections before the year 2024, such agreement shall take precedence over this MoU.”

It is the Age of the Smart Traveller

"I Will Not Be Part Of This Fruitless DISS Exercise" 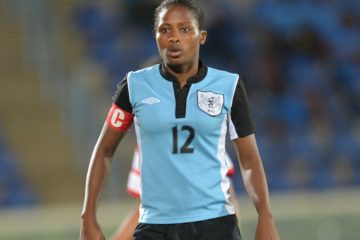