A motion by Gaborone Central and Umbrella for Democratic Change (UDC) Legislator Dr. Phenyo Butale, on Friday, spurred three Botswana Democratic Party (BDP) MPs Paulson Majaga, Buti Billy and Ignatius Moswaane into ditching the party line in their spirited criticism of government, saying they cannot reject motions just because they were tabled by the opposition, especially where government was failing to account.
Dr. Phenyo Butale had tabled a motion requesting government to re-introduce effluent removal services and to cover the cost of connecting households to the sewerage system in an exercise to eradicate hazards of latrines.
Leading the rebellion was Nata-Gweta MP Majaga who said the BDP needed to introspect on whether it was making decisions in the best interest of Batswana. “We have been ruling for the past 50 years but it’s evident that we continue to not do somethings in the interest of the people who voted for us,” he said.
He said that people were turning away from the BDP because of the litany of failures it was failing to account for in their interest.
“Every time there is a national problem, we always have responsible minister coming here with very nice speeches instead of addressing the problem and Gare re re a bua gatwe ga re na maitseo, gatwe re re amen halleluya go lokile,” he charged.
Francistown East’s Billy who excoriated government for its “misplaced priorities”, said people should be put first when decisions are made.
“We spent a lot of money on Venson Moitoi’s African Union campaign. I don’t dispute the fact that she was saying if she wins she will put our country in the world map but all I’m saying is it was unnecessary to prioritise that campaign ahead of this issue of pit latrines,” he said, emphasizing that he was representing low income people who expect him to be their voice in parliament. “I will not do otherwise and turn a blind eye to their problems,” he said.
MP for Francistown West, Moswaane, who himself is not new to railing against his own party criticized Itumeleng Moipisi, the Assistant Minister of Land Management, Water and Sanitation Services for misleading parliament after he said government had not stopped effluent removal services.
“We don’t want to cause unnecessary tensions here, we are sure of what we are talking about, what is currently happening on the ground and there is evidence to that. There is a copy of the letter from Water Utilities communicating that decision,” he said.
Assistant Minister Phillip Makgaleme however said it was unfair for Billy for  Venson-Moitoi’s AU campaign budget to cited in the criticism.
“Although I don’t have the exact figure here with me, of how much was used for the campaign- the money was around P3 million. The money was mostly from the private sector not government. Not much resources were used in that campaign as compared to what other countries used,” he said.
The BDP has in the past been stern against its own MPs who rebel against the party line, with the likes of Pono Moatlhodi and Botsalo Ntuane being admonished for speaking against policies like the alcohol levy, for greater civic rights and accountability, later being asked to tender personal apologies to President Ian Khama who by some accounts, was wounded by such criticism. 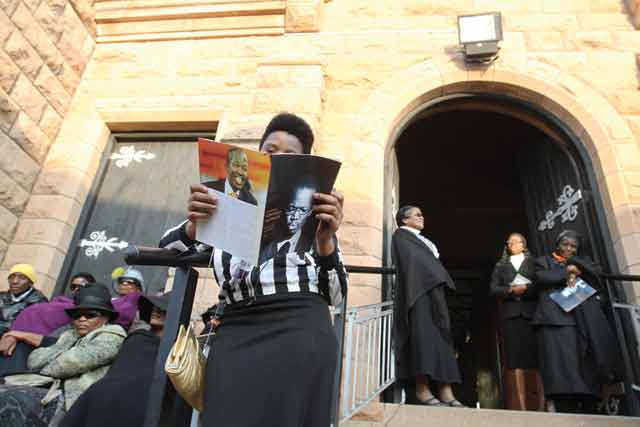