The Botswana Democratic Party (BDP) Secretary General Botsalo Ntuane has pleaded with the private media through its workers union, Botswana Media and Allied Workers Union (BOMAWU) not to boycott the partys events and allow it time to discuss the issues the Union raised following the arrest of journalist Sonny Serite.
In a letter addressed to the union, Ntuane said the Central Committee will meet on 11 April where the Unions concerns are expected to be discussed; This is a weighty issue of which the decision can only be taken by the party leadership. To this end, Ntuane asked the private media not to boycott BDP events until the party communicates conclusions from the Central Committee meeting.
Ntuanes letter follows a letter written by BOMAWU which had on top of this issue asked the BDP to lobby for the enactment of the Freedom of Information Bill and to push government to lift the advertising ban imposed on private media, which the union President Phillimon Mmeso says has contributed to mass retrenchments in some media houses.
BOMAWU had earlier issued condemnation statement on the continuous arrests of journalists after The Botswana Gazette and Telegraph freelance journalist Sonny Serite was arrested together with Abueng Sebola , an employee at the Office of the President, after they were suspected of stealing a personal file of one Tsaone Nkarabang who is President Ian Khamas private secretary.
BOMAWUs decision to impose a news blackout on the BDP made international headlines early last week, and led to Ntuane trying under play the magnitude of the problem in an interview with SABC NEWS; Our view is that there is no problem at all. They can go ahead, and from what I understand, the letter has been submitted to my office. We will look at it and take it from there. We have no problem at all in engaging with the media and the union. We cannot be accused of harassing the media or anything.
Meanwhile, Mmeso said they have not yet responded to the BDPs plea saying they still have to meet with the Editors Forum in due course to map a way forward.

The gays are here to stay 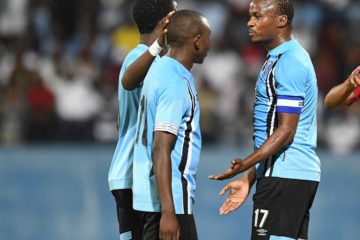