With only less than a month in office, the newly elected Botswana Democratic Party (BDP) Youth Wing (BDPYW) is marred by controversy as some people suggest that committee members are failing to work together- with even a plot to topple Chairman Simon Mavange Moabi being said to be underway.
The youth wing went to their elective congress in Tsabong with a total of six individuals all eyeing the chairmanship, each with a lobby list. Things however took a different turn when the five teams competing with Moabi compromised and formed a united front, winning different positions in the committee while he won the top chair.
It turns out now that the compromise may have been ill-advised as the team is no longer seeing eye to eye, something which shows the main motivation may have just been to spite Moabi, without any purposeful agenda. “The merger was never decided out of frustration and desperation or anger. We found an opportunity and jumped for it because our competitor did not win with more than half of the votes. There are many ways to kill a cat,” commented the Secretary General Thabo Autlwetse who was contesting for Secretary General.
He however denied that there was an on-going plot to topple Moabi only saying current disgruntlements were the aftermath of the Tsabong congress. “Some members were not happy with  the results from Tsabong, but had to accept the results as they are. We have received different complaints so far but have not found anything concrete that we can act on,” he revealed.
He also confirmed that they were aware of allegations surrounding their chairman concerning his age and nationality. “We have not received any complaint from our members concerning the nationality and age of our chairman but once we have a formal complaint we will look into the issue, right now it’s just media reports which have little information to offer,” he said.
Autlwetse explained that as a committee they do not act on media and social media reports which is why they have not commented on the allegations. He also rubbished claims that they were failing to work together and that the three meetings they have so far sat on failed to   reach a consensus.
“We are just a normal committee that is bound to differ in our meetings, we are different and cannot always agree but there are always ways of taking decisions even by voting if we differ on something. People are just trying hard to cause tensions within us but it will not work,” Autlwetse said.
Contacted for comment, Moabi said he was aware of all the allegations surrounding his nationality and age but is not fazed by them. He explained that even though it may be frustrating for him to be dealing such issues on his first days of office, he will triumph. “I am Motswana in good standing born in Zimbabwe. I don’t understand why are people saying I’m a Zimbabwean,” he said.
Moabi said despite his family members being dragged into these issues, he had no problem producing his identification documents. “My committee is new and I am still patient that they will finally adjust to the new office and work together well, there has not been any troubles that can suggest it will not work out, yes there can be mistakes here and there but that does not suggest it has already failed,” he said.
He however revealed that the youth league committee recently called a meeting without his knowledge and authorization, but said the issue will be resolved. Autlwetse however said the meeting was procedural as it was “extra ordinary”.  “The Chairperson is the only one who can call ordinary meetings through the Secretary General but there are also extra ordinary meetings which can be called by any ordinary member of the committee through the secretary general,’ he Autlwetswe said, adding that Moabi was aware of the meeting.
He however refused to reveal the agenda of the meeting and the nature of its urgency. 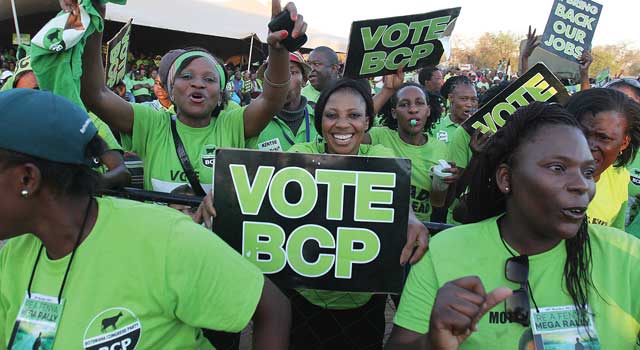