A week ago social media was abuzz with conversations on rape after Zinedine Karabo Gioia had alleged, through social media, that she had been raped by a certain businessman on her 21st birthday. The entire social media nation rallied behind Gioia when she had pointed out that she never got justice because the Police Service had claimed that forensic evidence in her case had gone missing. A petition, called ‘Justice for Zinedine’, was circulated and people were asked to append their signatures before it could be sent to relevant authorities in government imploring them to act on Gioia’s case.

One of the many people who signed the petition was renowned poet and television personality Benson Phuthego. It was on the same week that Phuthego was celebrating his birthday and unbeknown to him, a horrific birthday gift awaited him. A zealous Facebook user posted and accused Phuthego of raping one woman, attempting to rape another and sexually harassing yet another woman.

In an interview with this publication on Sunday, Phuthego explained how hurt and horrified he was at the damning allegations. He revealed that he had gone to Central Police station in Gaborone to report the Facebook user, a certain Resego Valencia Bahuma, a Bokspits resident who goes by the name Rere Valencia on Facebook in an attempt to clear his name, but the damage had already been done.

When confronted by the Police over her allegations, Bahuma is said to have told the Police that she had obtained the information from her friend, a certain Motheo. The Police summoned Motheo and the three women who were mentioned as Phuthego’s victims but only two of the women showed up as one refused to come forward and inform the police on the allegations. According to reports one of the alleged victims is said to have claimed that Phuthego once tried to touch her private parts at a stag party in Groot Marico, South Africa. She was however unable to state the dates and whose stag party it was.

Another of the alleged victims claimed that Phuthego once tried to rape her in Tlokweng and that her father had witnessed the incident as Phuthego’s car was parked in front of her family yard. When summoned to the Police to verify his daughters’ story, the father claimed ignorance of the incident. Phuthego has claimed he does not know either of the women accusing him of sexual assault.

The originators of accusations against Phuthego on social media, Motheo and Bahuma, have been charged with criminal defamation. The Police tried in vain to summon the third woman who accused Phuthego but she is said to have refused to come to the Police station and is no longer taking calls from the police.

This reporter however managed to get hold of the woman on Monday morning and she confirmed that indeed she was refusing to meet with the Police. According to her, she feels betrayed by her friend, Motheo who caused the publication of the rape accusations against Phuthego on social media. ‘‘I feel betrayed that I was having a chat with him in confidence as a friend, but he went on to publish such things on Facebook. I have never reported Benson and I don’t want anything to do with the Police’’, she said. Despite this reporter pleading with her to go to the police and tell her side of the story, the woman flatly refused and said she is currently preoccupied with other things in her life.  Asked when last she met Phuthego, she said it was over two years ago.  Phuthego however denies any knowledge of the woman. ‘‘Do these people really understand how they are ruining my life with these accusations that they are peddling and yet not willing to come forward and substantiate?’’, Phuthego asked rhetorically. He said it pains him that this woman is refusing to go to the Police and explain the betrayal she is talking about from her friend. ‘‘She must come to the Police and tell them whether she lied to her friend during their private conversation which led to these painful allegations or if she insists it happened, she must still go and give the Police all the information they need’’, Phuthego said, clearly upset.

Central Police station commander Superintendent Mothusi Phadi advised this publication in an interview on Monday that so far they have nothing to establish a case of rape against Phuthego because no one has come forward to claim they had been raped by him. He says the Facebook posts do not show anything that can have Phuthego charged with rape. ‘‘This is why we confiscated their phones to establish the extent of communication between those who came up with those Facebook posts’’, Phadi said. He warned the public against publishing information that they cannot substantiate noting that such information can have far reaching implications on those who are being accused. ‘‘As I’m speaking to you, no one has come to us to say Phuthego raped me’’, Phadi revealed. 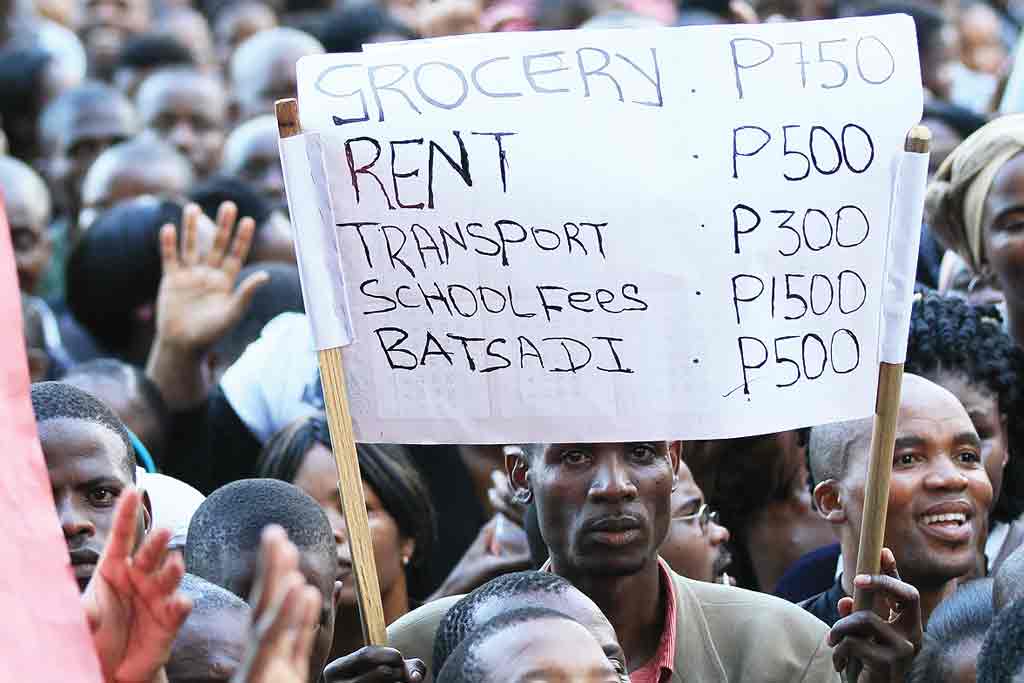