Through its financial prowess and affiliation to the Botswana Insurance Holdings Limited (BIHL), short term insurer, Botswana Insurance Company (BIC) says it can be trusted to pay out customer claims, even for the most exclusive of insurance products, thus having an edge over its competition, Chief Executive Officer, NEWTON JAZIRE speaks to KEABETSWE NEWEL.

Newton Jazire was appointed Chief Executive Officer (CEO) of the BIC in November 2017. His role was to steer the BIC ship amid rising competition to ensure that shareholder value appreciates. There are over 15 general insurance companies registered under the Non-Bank Financial Institutions Regulatory Authority (NBFIRA) competing for the Botswana market and over 30 brokers. Jazire said BIC’s advantage is that it is home-grown, unlike most of the competition.

BIC is owned 50 percent by the BIHL, a Botswana Stock Exchange (BSE) listed firm. BIC was first incorporated in Botswana about 44 years back.

Through its affiliation with the BIHL group, BIC has a wide footprint across 34 African countries, where it gives insurance solutions. Operating in various markets according to Jazire gives BIC exposure to a diversity of solutions. “We are also in Asia, the US and the UK. This has equipped us with knowledge of moving with the times. That is why our innovation is unmatched,” he bragged.

BIC’s other competitive edge according to Jazire is the variety of products as well as the specialised services which can only be found at his company. “At BIC were able to look at emerging risks in line with latest trends and technology. We have specialised products like cyber insurance, which was motivated by growing technological trends. We appreciate that the world is slowly becoming ICT driven, hence the need to have insurance cover for such,” he said.

Moreover, Jazire brags that BIC has a traceable history in supporting businesses and the corporate sector by insuring them against loss of business. “We have been able to honour claims by the corporate sector, and this has made us a trustworthy brand,” he said.

Paying out claims for the corporate sector is no joke according to Jazire because usually claims come in millions of Pula. “So you need to have the financial muscle, because just one claim can bankrupt the business,” he said. A few months back, a pilot crushed an airplane at Matsieng Flying Club. The plane was insured at BIC. Jazire brags that because BIC keeps its promises, it was able to pay out the claim which could have not been possible for other companies. BIC has been an industry leader in terms of profitability and asset value. The company has over P440 million in assets, which is the largest in the market.

In its portfolio, 54 percent of its products are for the corporate sector. “This is because businesses choose quality. They want a company that will be able to pay claims, according to various researches made,” he said.

Like any other, BIC also faces challenges, especially on the personal insurance side, where household uptake is slow because of declining disposable income, unemployment to mention but a few. Unemployment rate is around 20 percent, while the household sector is highly in debt at over P25 billion. This has made affording insurance premiums a challenge. But Jazire believes that the more poorer people are, the more they need insurance because insurance will step in where there are shortfalls. “ If you crush your car for example, how easily will you buy a new one. Chances are that only the rich could afford a new one. So if you are insured, then BIC will buy you a new car,” he explained, adding that there is need for financial literacy and the value of insurance. The CEO believes that indeed there is market saturation, because the number of insurance companies and brokers are more than what the market needs. However, he is unmoved. He believes the market forces will sieve out and eliminate the weak.

BIC’s next point of growth is the SME sector. Most SMEs do not insure their businesses, but he said with the right information they will. BIC will soon roll out a campaign to educate the SMEs on the value of insurance. He said the SMEs are the future of both sustained economic growth and employment because big corporate are automating their processes using technology because they can afford to. “So they will be cutting jobs, and the SMEs are the ones employing,” he said.

The year that changed my life 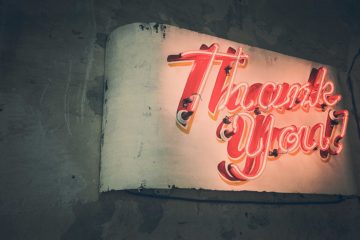