The Trade Unionist who is also the Deputy Secretary of the Botswana Federation of Public Sectors Union (BOFEPUSU) recently pronounced that he has taken a decision to contest the upcoming 2019 general elections under Umbrella for Democratic Change (UDC) ticket in the Bonnington South constituency.

However, despite the union’s constitution being silent on the issue of contesting for political office while still holding a leadership position, some concerned members have said that as a matter of principle Motshegwa should resign from his position as his decision compromises the integrity of the union.

Those who spoke to this publication following his pronouncement to run for political office want him to choose between the union and politics. Their main concern is that as a union’s account signatory Motshegwa should not be left to be in BLLAHWU as he might channel the union resources to his political campaign.

“By virtue of his position Motshegwa is the heartbeat of BLLAHWU therefore allowing him to run for a political position while still employed by the union will dent the union’s integrity because we will be perceived as UDC associates while in actual fact we should be apolitical. His decision has already caused uproar from the government because we are now accused of being political. As a public sectors union we rely much on government assistance so his decision has compromised our relationship because we are now seen as a UDC alliance. So as a matter of principle he has to resign and failure to do so the President should use his powers and dismiss him from the position,” the concerned members revealed.

Further just like BOFEPUSU, BLLAHWU members want the union to make a position on Motshegwa’s issue. “Our President by virtue of his position seats on BOFEPUSU meetings which means that he is part of the statement that was released last week distancing the Federation from Motshegwa. But curiously he is silent about our position as BLLAHWU concerning Motshegwa’s political stance,” the members added.

Motshegwa had promised to return this publication’s call and did not. However, recently Motshegwa told one of the local radio stations that he will only resign from his position in October after the outcome of the general elections.

Reached for comment BLLAHWU President Thatayaone Kesebonye stated that Motshegwa’s political candidacy should not be surprising because it is the union’s resolution to encourage its members to stand for political positions so that will have the platform to advocate for the members better.

“In 2012 we resolved that we should have our members standing for political positions so that our voice will be heard. This resolution was never set aside, and that is why we do not have any problem with Motshegwa’s candidacy. We have to emphasize that Motshegwa is not the first BLLAHWU employee to stand for political position while still employed by the union. We have some candidates in 2014 who also contested elections while still holding positions in the union. Also the general conditions of service do not prohibit our members from participating in politics,” Kesebonye explained, while adding that there is no way he can force Motshegwa to resign or dismiss him from the office just because he has decided to run for political office. 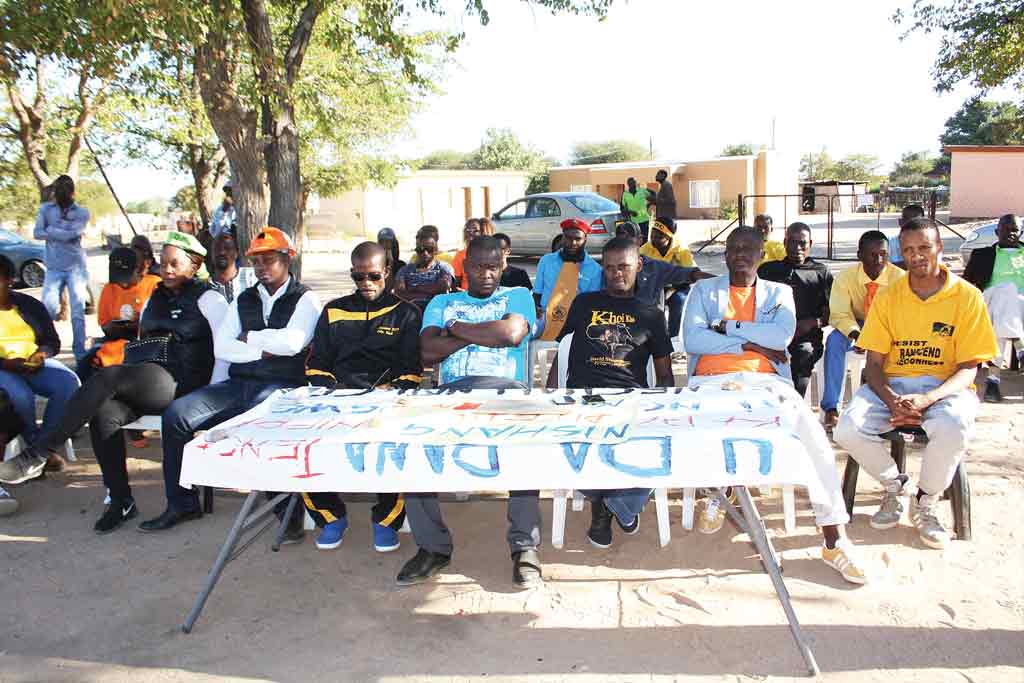