The Botswana Movement for Democracy ( BMD) Women’s Wing congress which was held in Mahalapye over the weekend was brought to a standstill when the party’s bickering factions took center stage.
The elective congress which was scheduled to be officially opened last Friday at 2pm, was held the following day, with the election process scheduled for Saturday 2pm delaying until 01:30 on Sunday. This also led to the Congress going well into Monday afternoon.
The so called Pro-Pilane  and  Anti-Pilane( also known as Save the BMD) of the party had a major stand-off over suspicions of election rigging, with the Pro Pilane being accused of trying to retain the seats they gained in Mochudi last year- by hook or crook.
In one incident, members of Botswana National Front ( BNF) presented themselves to the party leadership, saying they were taken from their respective regions after being told the congress was of the Umbrella for Democratic Change ( UDC). “ We were taken from Charleshill by a certain man who told us that it was a UDC congress and that we would be given UDC membership cards,” a BNF member from Gantsi South region said.
She said she was surprised that the congress was actually a BMD event and not UDC as she was made to believe; “ I am member  of Zion Church in Christ and it is against my beliefs to be part of any form of cheating.” According to the member, five from Charleshill and other people in as far as Takatokwane also received the same information.The incident also aggravated a brewing tension between BNF and BMD, with the latter being accused of recruiting BNF members.
In other instances some regions, like Francistown East and Gaborone North provided two different lists of delegates for elections, much to the displeasure and confusion of the delegates. According to sources, the lists were of the preferred members of each camp. “Both camps wanted to win the election, therefore some pulled all tricks to ensure that,” she said, adding “ Some of the lists were presented despite the nomination of the delegates having not formed a quorum or being agreed to elected by the majority.”
On Sunday night, commotions and near fights ensued, resulting in the police being called. This was after one member believed to be of the pro- Pilane camp- was accused of tucking ballot papers up the sleeve of his jacket at the voting area. His presence at the area irritated the other camp, causing a commotion.
Meanwhile, Secretary General Gilbert Mangole was accused of destroying the party due to his alleged allegiance to the pro Pilane camp. Speaking in a packed congress before the election, party elder Masego Motlhaleemang leveled the accusation against Mangole, telling him  to stay away from women’s matters. “Mangole, I know what you are up to, you want to destroy this party that some of us helped build “ she said.
“ We know that the people you appointed  are your people, they are from your camp and we will not allow that,” Motlhaleemang charged, further saying, “This is our congress the women. Allow us to handle matters that concern us and stay away.”
The committee was subsequently dissolved and a new complaints committee set up which includes amongst others Dr Margret Nasha.
Reached for comment on the delays of the congress and accusations leveled against him, Mangole was unavailable for comment as he was said to be locked up in meetings.
Sources within the party have indicated that a special congress will be called in the near future,  where the membership of Pilane and  voting of a new NEC will be expected to top the agenda. 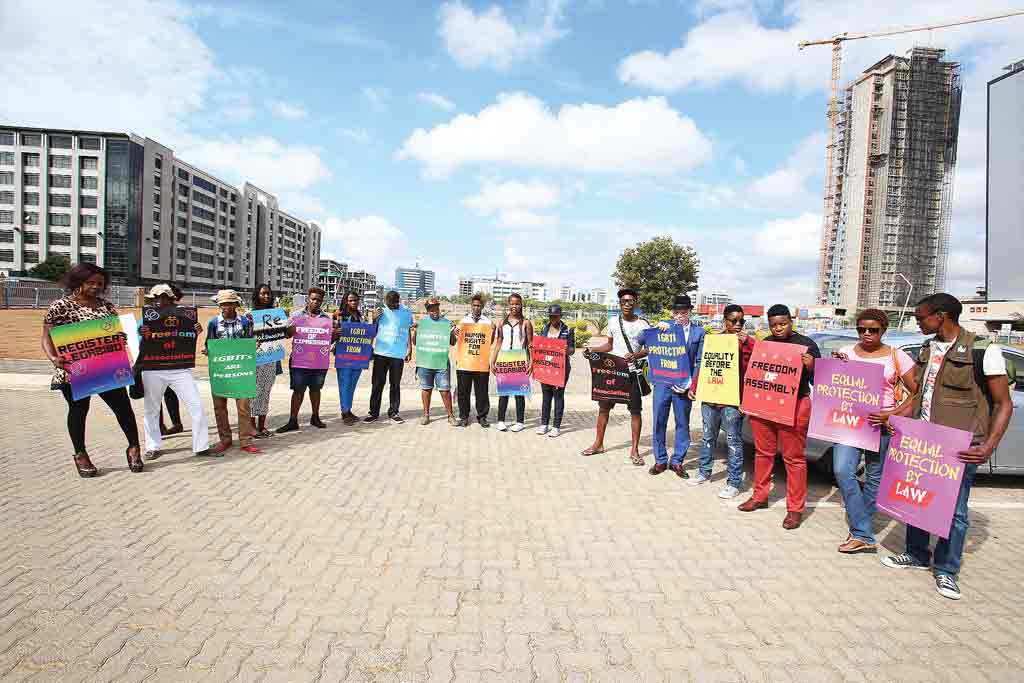