Wants government to absorb some employees

FRANCISTOWN: Botswana Mine Workers Union (BMWU) has called on the government to consider absorbing some of BCL employees in the government system after the mine was placed under provisional liquidation.
BMWU Vice President Norman Kelaotswe revealed in an interview after the announcement on Friday, that they were interested in knowing how practical it would be to continue paying employees salaries for the next 18 months as was announced. “So, we are wondering if this will be sustainable while there are no operations in the mine. As the union we have to explore other avenues of keeping the mine afloat. This week we will meet the cabinet and eventually the Office of the President to discuss this issue of absorbing the employees in the government system,” he said.
Kelaotswe said that they did not expect the decision taken the cabinet delegation. “Recently when we delivered a petition to the Vice President Mokgweetsi Masisi; he assured us that the mine will not be closed, surprisingly while we were still awaiting his response, the cabinet placed the mine under provisional liquidation. We tried to counter this decision but our lawyer advised us otherwise,” noted the BMWU Vice President.
Kelaotswe placed the blame on government and the BCL management who he said failed to react despite being fully aware of the extent of the crisis at mine. “The government and the BCL management have long saw this coming but they never bothered to react nor brief employees. So we have to stand up and show this government that we are not fazed by this decision,” emphasized Kelaotswe. 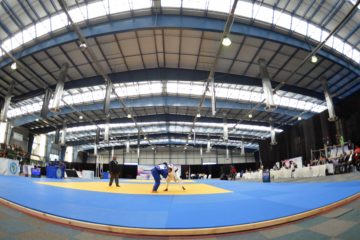