Botswana National Front (BNF) party spokesperson has said that the recently leaked suspension letter of Member of Parliament for Tonota, Pono Moatlhodi has been nullified.

Hunyepa told The Botswana Gazette that the letter, which was leaked last weekend, has been overtaken by events. “The matter is being handled at the UDC (Umbrella for Democratic Change (UDC). We have met with the constituency and discussed the matter.”

He pointed out that although the BNF constitution empowers a constituency to take any form of disciplinary action against a member, the matter needs to be addressed through adequate channels. “Unlike in other parties, our disciplinary processes are meant to build and correct one another and we usually prefer to do it very internally and also to avoid scandalizing members. All we want is an amicable resolution. One thing we should also note is that, as much as Rre Moatlhodi is a member of the BNF, he is a UDC MP and that is why we have allowed the matter to be handled at that level.”

“So, the suspension doesn’t stand,” concluded Hunyepa. For his part, Moatlhodi said he was yet to receive communication from the BNF and refered all inquiries back to the party. According to a letter issued by the BNF Tonota constituency, the veteran MP was being suspended for; “public spat with our UDC vice president, Dumelang Saleshando which indicates gross disrespect for the organisation”.

Moatlhodi was also accused of “bootlicking tendencies reflected in his interruption of Saleshando’s debate to query the use of the word, ‘short- sighted’”. Meanwhile, Moatlhodi is rumoured to be in talks to defect back to the ruling Botswana Democratic Party (BDP). Sources have told this publication that some members of the BDP have held discussions with him over a move back to the party.

BDP Secretary General Mpho Balopi confirmed that he has also had discussions with Moatlhodi. “There is nothing wrong with recruiting members, we want new members and I would even advise other BDP members to continue recruiting new members.”

Moatlhodi refused to entertain any questions linking him to the BDP. “Go and ask whoever told you that,” he responded.

The Church Clashes with Gov’t Over COVID-19 Relief Fund 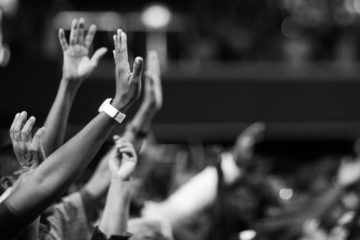