While there are still complaints over the high number of constituencies allocated to Botswana National Front (BNF) and the Botswana Congress party (BCP) who were allocated 22 and 17 constituencies respectively, Botswana National Front Youth League (BNFYL) President Vellem Heii says the party deserves one more constituency to bring its allocation to 23.
Speaking at a press conference in Gaborone on Friday, Heii said the Lobatse constituency which was given to the Botswana Movement for Democracy (BMD) should be given back to the BNF.
“We have issued a letter to the BNF leadership regarding this matter and we expect it to be discussed at the next meeting of the Central Committee at the end of month,” he said.
Heii further stated that of the constituencies allocated the BNF they want 8 to be given to the youth and the party leadership should “do everything necessary to offer support where a youth member will be contesting and aid him/her to emerge victorious.”
However, reached for comment, BNF Publicity Secretary Justin Hunyepa denied knowledge of the letter.  BNF Secretary General who is also UDC Head of Communications, Moeti Mohwasa, also said he had not received the letter.  “The matter of the constituencies was dealt with during the negotiation talks and decisions were made at the time, thus they cannot open the issue now,” he said, explaining that it was improper for the youth league to rush to the media on an internal issue which the leadership is not even aware of. “They ought to have engaged internal structures for clarification on the matter before they could rush to the media,” Mohwasa maintained.
Allocation of constituencies to contracting umbrella parties is a thorny issue and the BCP President Dumelang Saleshando called it “the elephant in the room” two weeks ago at the announcement of talk results.  The Botswana People’s Party (BPP) have also written a letter of complaint to UDC leadership on the matter querying the 4 constituencies they were allocated.
The 22 constituencies allocated the are  Ghanzi North and South,  Kgalagadi North and South,  Kanye North and South, Good hope Mabule, Moshupa, Thamaga Kumakwane, Molepolole North, Letlhakeng Lephephe, Takatokwane Mabowane, Gaborone South, Gaborone Bonnington North, Tlokweng, Mochudi East, Shoshong, Mahalapye East, Tonota and Boteti East and West.

“UDC spreads lies about me”- Tawana opens up 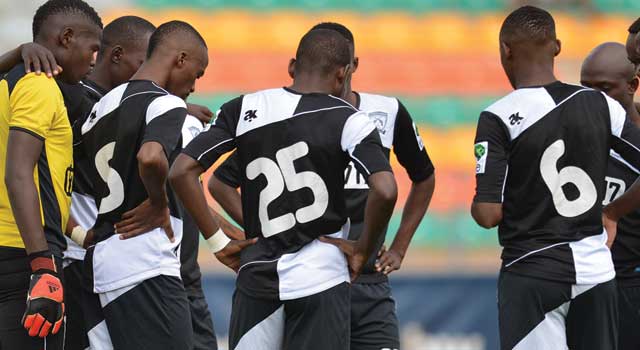