The federation finds itself in a labour quagmire in which it is being portrayed as the enemy of workers by employees of The Nation, a newspaper it owns, over unpaid salaries.

The ongoing battle between BOFEPUSU and The Nation newspaper has placed the federation in an uncomfortable situation where its reputation as champion of workers’ rights is being scrutinized- after 17 employees of the publication dragged it to the labour department over unpaid salaries.
BOFEPUSU owns a 65% stake in The Nation, and as per their agreement with Greg Kelebonye and Kebofhe Mathe (holders of 18% and 17% stakes respectively), they were supposed to fund the project ensuring among other things the payment the newspaper’s staff. BOFEPUSU’s stake was transferred to United Workers’ Investments (Proprietary), a company it nominated and appointed to be the custodian of the publication which is effectively its investment arm.
According to the complaint the staff came to work for April, May and June 2016 but their for those months salaries were withheld including those of Kelebonye and Mathe. The matter is to be heard at Labour on   November 29 and December 6.
“BOFEPUSU is a two-faced Janus. It is a stream that spews both bitter and sweet water to satisfy convenience,” said Kelebonye in a comment to The Botswana Gazette excoriating the federation for what he said was its failure to live up to its end of the bargain in the matter.
“During this frustrating period we are told by BOFEPUSU leaders that we cannot look for ‘piece jobs’ anywhere as we are still The Nation employees. The last time we got paid was in August and we were told we are being paid in July. Their finance manager came with a lot of cash in the bank. We were paid in cash and that was the last time we heard from them,” said an employee who spoke of difficulties ranging from unpaid rents, bank loans and basic necessities like food and school fees for children.
Board Chair of The Nation, Mogomotsi Motshegwa, abruptly deflected our enquiries to Mathe and Kelebonye who he said were the ones who employed workers of the publication.
BOFEPUSU President Johannes Tshukudu who is also part of the newspaper’s board repeated the same view despite the fact that the federation was actually being sued by the employees together with Kelebonye and Mathe. He said the pair should “sue themselves” as they are also part of the board. “You can tell them that BOFEPUSU president says he believes they are agents. They won’t tell you that they are agents. We believe they are working for the ruling elites. Whatever fight we are having with Greg and Mathe is a result of a political deploy,” he said.
BOFEPUSU’s reputation grew in 2011 during the so called “Mother of All Strikes” when it took the war to government protesting its intention to convert teaching and veterinary services to Essential Services in a widely successful country wide strike. BOFEPUSU also used its reputation in the run up to the 2014 elections to de-campaign a number of BDP MPs who it among others things called enemies of workers.  It is ironic that BOFEPUSU should find itself in a labour quagmire over which it is being portrayed as the enemy by employees of a newspaper it owns. 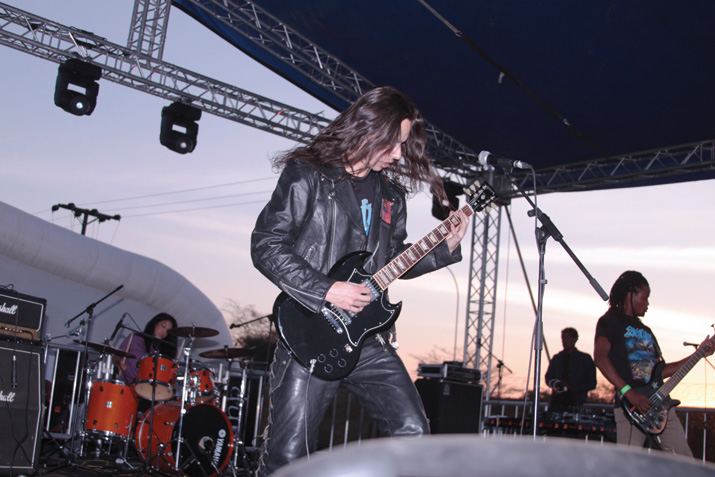