Partners of the union in The Nation project, Greg Kelebonye- an 18% shareholder and Kebofhe Mathe, a 17% shareholder- intend to approach the court to get an order which will compel BOFEPUSU leaders to pay the money within seven days or spend 60 days in jail for contempt.

BOFEPUSU leadership will go to jail if they fail to honor a three-month-old High Court order which instructed them to give The Nation newspaper a P3 million cash injection.
Partners of the union in The Nation project, Greg Kelebonye- an 18% shareholder and Kebofhe Mathe, a 17% shareholder- intend to approach the court to get an order which will compel BOFEPUSU leaders to pay the money within 7 days or spend 60 days in jail for contempt. The union holds a 65% stake in the newspaper.
This is after Judge Tshepo Motswagole ordered the union, on 1st August 2016, to allow the newspaper to be audited for two weeks, followed by a monthly cash injection of P300 000.00 for a year to liquidate the balance of P3 867 345.85 as capital injection. This order was drafted by Kelebonye and Mathe following an out of court settlement, even though the union seems to have failed to honor it. The money is roughly the remainder of the P6 million which BOFEPUSU was obliged to pay when entering into contract with Kelebonye and Mathe.
If they fail to pay, the respondents in the matter, who are BOFEPUSU’s entire board members- Johannes Tshukudu(third respondent), Disang Mokwapwe (fourth respondent), Tobokani Rari(fifth respondent), Ketlhalefile Motshegwa (sixth respondent), Moses Monnatsie (seventh respondent), Johnson Motshwarakgole(eigth respondent) Mogomotsi Motshegwa(ninth respondent), Simon Kgaogang(tenth respondent) and Banyanabotlhe Saidoo (eleventh respondent)- will be send to jail.
“…the Deputy Sheriff of this court be ordered to take the third, fourth, fifth, sixth, seventh, eighth, ninth, tenth and eleveth respondent to prison for a period of 60 days or until compliance with the Order of Honourable Court, whichever shall come first,” said Justice Motswagole had ordered.
The failure by BOFEPUSU to fund the newspaper has rendered it defunct, leaving its employees in limbo without pay for eight months. Just last month, 16 employees of the newspaper including the two editors and partners lodged complaints against the union for withholding their salaries for 8 months.
These developments come as BOFEPUSU itself has gained prominence for calling out  unjust labor practices by government and other employers. The union however has revealed that it was facing financial difficulties, with Motswakgole admitting such challenges to The Botswana Gazette a few months ago.
According to other information reaching this publication, The Nation owes an undisclosed distribution company P144 000 for distribution services offered for 12 months at P12 000 a month; It also owes P110 000 to the company whose property it was renting. 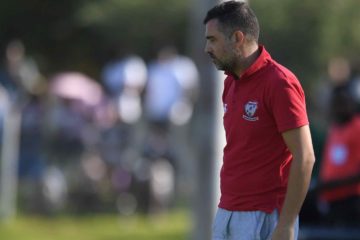