According to documents seen by this publication, BURS allowed Boko to fly in a helicopter whose permit had expired only out of sympathy and consideration that the UDC leader had a campaign schedule to meet. However, Boko turned around and accused BURS of mounting a campaign to ensure his electoral flop. LAWRENCE SERETSE & LETLHOGILE MPUANG report.

While the president of the Umbrella for Democratic Change (UDC), Duma Boko, says his helicopters were grounded to frustrate his campaign, letters from BURS indicate that he may have violated the Customs Act and flown the aircraft using an expired permit.
Consequently, the Botswana Unified Revenue Services has turned down the latest request by Itom Aviation (Pty) Ltd for Boko to use the company’s helicopter for the remainder of the UDC’s campaign.
Boko did not answer his mobile phone at the time of going to press while UDC attorney Dick Bayford dismissed BURS’s letters as a smokescreen. Bayford says while BURS claims that Boko’s permit to use the aircraft from Itom Aviation expired on 22 September, the Civil Aviation Authority of Botswana (CAAB) had given Boko permission to fly the aircraft until the end of November.
According to Bayford, when applying for permit, Boko submitted a flight schedule which showed that he would be using the aircraft on the UDC campaign trail up to 22 September and also submitted a contract between himself and Itom Aviation which shows that Boko was allowed use of the aircraft free of charge until the end of October.
“The permission he was given by BURS was open-ended because it only showed the date of issue,” says Bayford. “Boko thought that since his contract with Itom Aviation shows that he was to use the plane until the end of October, the permit should be valid throughout that period. He was surprised that BURS deliberately chose to use the campaign schedule dates and decided to end the permit.”
Therefore, in his view, Boko had complied. However documents seen by The Botswana Gazette indicate that Boko has been afoul of the law and that BURS allowed him to fly merely out of sympathy.
This publication has seen some correspondence between the taxman and the South African company that owns the BELL 430 ZT – RTZ helicopter at the centre of controversy. The documents issued on Friday show that Boko and the company did not immediately ask for an extension after expiry of their permit on 22 September. Even so, Boko was seen in a social media video recording claiming harassment by BURS when he was denied flying the aircraft from Sir Seretse Khama International Airport (SSKIA) to Gantsi on 1st October. While he claimed to have been compliant, documents show that Boko only requested an extension on 2 October, which BURS turned down.
A letter dated 4 October 2019 addressed to Itom Aviation details several violations of BURS regulations by both the UDC and the aviation company. “We note with concern that the stipulated dates in the schedule were not adhered to, and furthermore that the helicopter overstayed in the country,” reads the letter from BURS. “No request for extension to continue to use the helicopter beyond the stipulated dates was made with the BURS and the helicopter remained in the country beyond 22nd September 2019.
According to the letter the BURS is still owed VAT on imported services (aircraft services) since April 2019 to-date.
“Despite BURS having repeatedly accommodated yourselves for numerous violations of the Act and failure to pay outstanding dues as agreed, our office and officers are vilified by your client who claims that BURS is ‘deliberately’ targeting him, a history of how BURS accommodated your numerous violations is clearly indicative of the contrary. Following the latest violation and non-compliance with our Act, our officer, acting in accordance with our statutory mandate, tried in vain to explain that temporary admission permit had expired. Your client, despite the objection of our officer, recorded a video casting some aspersions on the officer and the BURS. The video coverage without our officer’s consent was unlawful.”
BURS adds that this was a deliberate attempt by the UDC leader to cause reputational damage to the organisation. The incident occured on 1st October 2019 at the Sir Seretse Khama International Airport where Boko was due to board his helicopter to Gantsi to launch Noah Salakae as the UDC parliamentary candidate for Gantsi North.
“The author of this communication allowed the helicopter to fly to Gantsi on sympathetic considerations despite the invalid temporary admission permit,” says the taxman. “The parties agreed to meet the following day and unfortunately, this did not happen. Finally, the helicopter flew out of the country without making any reconciliation with our office as agreed. Following the above, we are unable to accede to the letter dated 9th August 2019 which was tendered to us on the 2nd October 2019. ”
Meanwhile, UDC vice president Dumelang Saleshando says he is not aware of the matter and asked this publication to contact Boko whose phone went unanswered at the time of going to press.
In May, reports suggested that the UDC and Itom Aviation (Pty) Ltd were ordered to pay P12 million for use of the flight in Botswana. Boko had previously promised to get a helicopter for Saleshando’s use but it is believed that the hefty BURS charges proved prohibitive.
BURS acting Commisioner General Kaone Molapo was not available for comment. 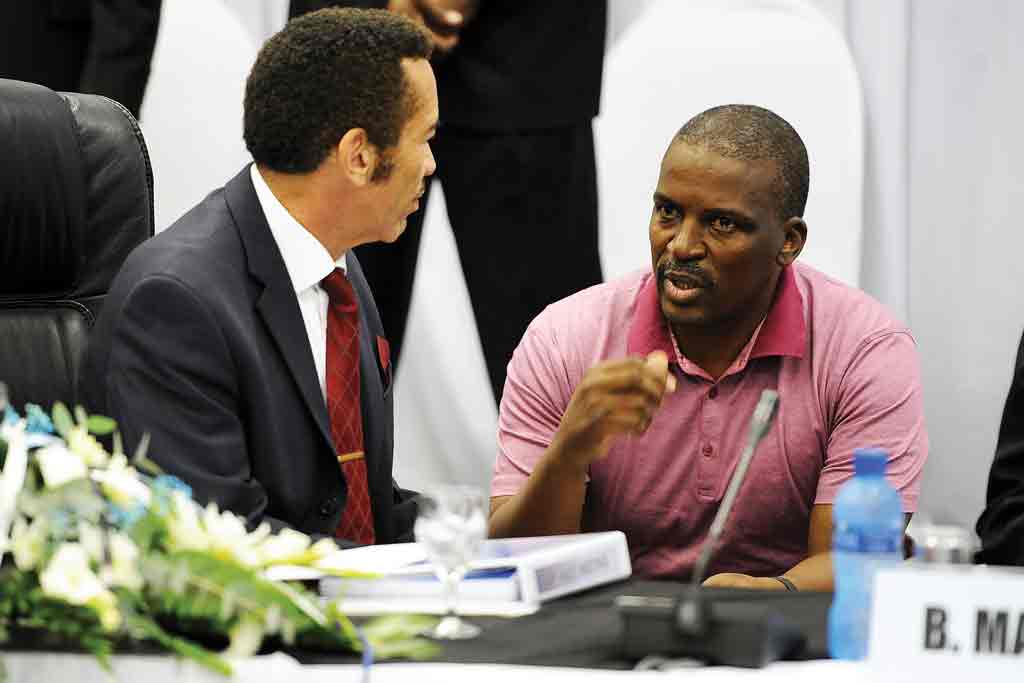