The 2016 Fragile States Index shows Botswana to be one of the countries that have been cautioned against becoming fragile despite its improvement this year.
The report states that, weak and failing states pose a challenge to the international community. It notes that in a highly interconnected world, pressures on one fragile state can have serious repercussions not only for that state and its people, but also for its neighbours and other states halfway across the globe
“The reasons for state weakness and failure are complex but not unpredictable. It is critically important that the international community understand and closely monitor the conditions that contribute to fragility and be prepared to take the necessary actions to deal with the underlying issues or otherwise mitigate the negative effects,” it reads.
According to the index, with the right data and analysis, it is possible to identify problems that may be festering below the radar. Decision makers need access to this kind of information to implement effective policies.
Rated on their levels of stability and the pressures they face, Botswana was rated 120th out of the 178 countries included in the study.
In 2016, 78 countries improved upon their previous year’s score, while 77 countries recorded worsened scores. In addition, a further 23 countries recorded either no change or a very marginal movement. This is a reversal of a positive trend last year that saw 108 countries improve on the previous year, and only 52 worsened. Over the decade, 91 countries have improved upon their position of a decade ago, while 70 countries have worsened over the same period. Finally, a further 16 countries recorded insignificant changes over the period.
“There is much to be concerned about in the findings of the 2016 Fragile States Index, as Europe confronts a refugee crisis of massive proportions and increasing political illiberalism, as civil wars rage on in Syria, Yemen, and Libya, and as insurgents continue to terrorize civilian populations such as Boko Haram in Nigeria, Niger, Cameroon, and Chad and Daesh throughout parts of the Middle East and North Africa.” The report also shows that the opening six months of 2016 suggest justified pessimism for the outlook for much of the world as continuing crises show little indication of resolution, and new threats begin to arise.
The 10-year trends of the Fragile States Index demonstrate a mix of near self evident cases, as well as a number of other negative trends that bear further monitoring. The four most worsened countries over the past decade are Libya, Syria, Mali, and Yemen, which have all experienced internal conflict and strife.
It is also noted that the performance of some other countries that have worsened the most in the past decade should perhaps serve as a warning. South Africa, for example, long heralded as an economic engine of Africa and certainly the most developed nation on the continent, is also demonstrating significantly worsening trends in line with deepening political divisions and social unease, including increasing protests and civil disturbances.
Though Eritrea’s shaky performance under the isolationist dictatorship of Isaias Afwerki may not come as much of a surprise, the significant worsening of other African countries such as Senegal, Guinea Bissau, Mozambique, Gambia, Djibouti, and Ghana should be cause for alarm. Ghana in particular is often cited as a shining light of democracy and development in a frequently conflicted region. 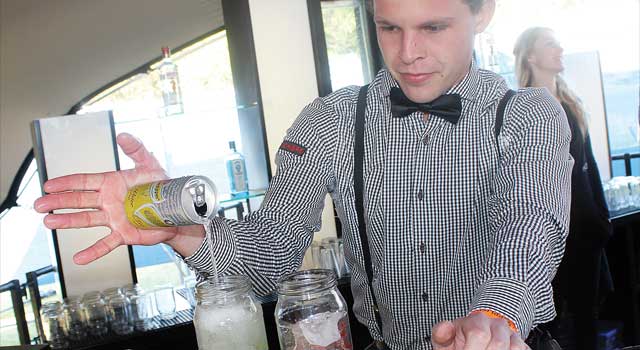