July 5, 2020 Admin
Home»News»Investigations»Botswana Can And Must Repeat Its Past Economic Miracles
Investigations/News

Botswana Can And Must Repeat Its Past Economic Miracles

According to ‘The Global Competitiveness Report 2019’ of the World Economic Forum, Botswana is getting one or two important things right as it sets out to remodel its economy.
That’s good news for a country that has set itself some truly aspirational goals over the coming decades. Already one of just a handful of upper-middle-income countries in Sub-Saharan Africa, it aims to excel further by becoming a high-income country by 2036.

Its track record suggests it’s up to the task. For one, by 2030,  after some trying decades when its state coffers ran low, Botswana will have weaned itself off international aid, according to the Organisation for Economic Cooperation and Development (OECD). But its economy still has some way to go to join the world’s highflyers, if the outcomes of the WEF’s latest competitiveness report are to be believed.

It’s no secret that African economies don’t score well when benchmarked by the report’s Global Competitiveness Index (GCI). Countries in Sub-Saharan Africa fare particularly poorly; Mauritius was the best performer, coming 52nd out of 141 countries. Of the bottom 20 countries in the GCI, 17 hail from the region. (The report covers 34 of  46 countries in Sub-Saharan Africa.) But there is a silver lining: thanks to a few countries which have improved their competitiveness over the past year, the region has  made one of the most marked advancements globally (up 2.3% overall).
At position number 91, Botswana sits well above that bottom 20, but is still firmly lodged in the bottom half of the Index. In 11 of the 12 performance areas, it scores passable but middle of the range marks – lots of 50s (all out of 100). This includes areas such as infrastructure, ICT adoption, its financial system, the levels of the skills it has access to, and innovation in the country.
However, Botswana stands out in one specific area: macroeconomic stability, where it places first in the world. That suggests that the country has a solid foundation on which it can build, says Elizabeth Baitumetse, Southern Africa representative of the Association of Accounting Technicians (AAT), the UK-based professional body for accounting technicians that accredits training courses at 14 institutions in Botswana. “The 100% that Botswana scored for its macroeconomic stability means that it has, at least in part, put the right building blocks for an enabling environment,” notes Baitumetse. “That counts for a lot.” But there is still some hard graft ahead.

The country’s economy is still underpinned by either the “extractive sector” (i.e. mining) or the government, which “is the largest employer and investor but generates few jobs”, says the Overseas Development Institute (ODI) in its 2019 report on Botswana’s decreased dependence on international aid. And the private sector isn’t quite diverse or sizeable enough to match the mining or public sectors. As the report points out, “Beyond natural resource industries, the private sector is relatively thin: the ‘formal private sector created just one job for every six new entrants to the labour market over the past decade, and the non-farm, informal sector remains small and lacking dynamism”.

The country is well aware of these shortcomings. And it has repeatedly acknowledged that it needs to break its diamond habit. But that is easier said than done when the sector accounts for one-third of the country’s US$36 billion GDP, 70-80% of its export earnings, and one-third of state revenue.  One key area that needs more attention is skills development of its current workforce. By the measures of the GCI, Botswana scores below-average points in areas like staff training, the quality of vocational training, the skillset of graduates, digital skills among its active population, and the ease of finding skilled employees.

“The country has some way to go to build the skills and professional graduates that would be essential for the high-income country that Botswana wants to be,” says Baitumetse.
Areas like corporate governance are also seen by institutions like the AAT as needing improvement. Botswana ranks 80th out of 141 countries for the strength of its auditing and accounting standards. That suggests that the country has a way to go if it wants to establish itself in an increasingly sophisticated global economy. “It’s here where the next generation of accounting professionals can really make an impact,” says Baitumetse. “The higher the standards that are set for them during their training and education, the more able and prepared they are to help the country improve in tightening its accounting standards.”

By many measures, Botswana is one of the economic jewels in Africa’s crown. It has done particularly well considering its fragile health on independence in 1966, when most were ready to write it off. Ranked as one of the poorest countries in the world, it had hardly any infrastructure to speak of (12km of paved road in total), a life expectancy of 37 (it’s now 66.8 years), high levels of poverty, and the grand total of 22 university graduates. Botswana has turned around its fortunes largely because it spent its natural wealth well.

Looking to the future, then,  the country must once again take care to invest in the right places to shore up professional skills, corporate governance and innovation capability, amongst other priorities, to enable it to compete in a fast moving global economy. And if its past is anything to go by, there’s no reason to think Botswana can’t live up to this new challenge
Elizabeth Baitumetse is AAT’s country representative in Botswana. AAT is a leading UK-based qualification and professional body for technical accountants and bookkeepers, and has been operating in Botswana for around 28 years.

Botswana Can And Must Repeat Its Past Economic Miracles 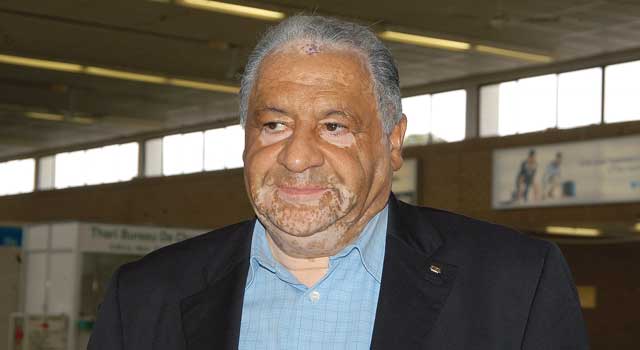