Botswana is a fragile country when it comes to withstanding pressures of providing basic services evenly to her own population, the 2017 Fragile States Index(FSI) has revealed. FSI is an annual ranking of 178 countries based on the different pressures they face that impact their levels of fragility and Botswana suffers bad ratings from indicators such as the Demographic Pressures,

Notably Botswana got a poor ranking in its capacity to withstand pressures from its population against the environment it resides in, which falls under the Demographic Pressures Indicator. According to the indicator rating where this country scored 8.2 out of 10, Botswana is failing in pressures related to food supply, access to safe water and other life-sustaining resources, or health, such as prevalence of disease and epidemics. With a population of less than 3 million this country has been plagued by diseases such as HIV/AIDS which has been declared a national pandemic. Inadequate water and electricity supply in densely populated areas like Gaborone could have lent credence to this indicator.

According to FSI, this indicator also looks at demographic characteristics, such as pressures from high population growth rates or skewed population distributions, such as a “youth or age bulge,” or sharply divergent rates of population growth among competing communal groups, recognizing that such effects can have profound social, economic, and political effects.

“Beyond the population, the Indicator also takes into account pressures stemming from natural disasters (hurricanes, earthquakes, floods or drought), and pressures upon the population from environmental hazards,” says the Demographic Pressures Indicator analysis. Botswana was struck by a Cyclone called Dineo, leading to the declaration of a national disaster which eventually hit government coffers P11 million, a factor that could have contributed to this analysis.

While she still touts herself as a jewel for democracy, with a mineral rich economy coveted by many, Botswana was recorded as “highly fragile” in the Uneven Economic Development indicator. This indicator measured the country’s ability to deal with inequality within the economy, irrespective of the actual performance of an economy. The indicator also looks at structural inequality that is based on group (such as racial, ethnic, religious, or other identity group) or based on education, economic status, or region (such as urban-rural divide).

In Botswana issues of tribalism and ethnicity have been a cause of concern with Basarwa often fighting government tooth and nail over access to their ancestral land and basic amenities.  Issues of tribalism have been discussed in many forums and some tribes in Botswana continue to decry entrenched unequal treatment.

Another indicator which puts Botswana in bad light is that of Public Service which refers to the presence of basic state functions that serve the people. In one hand, this may include the provision of essential services, such as health, education, water and sanitation, transport infrastructure, electricity internet and connectivity.

“On the other hand, it may include the state’s ability to protect its citizens, such as from terrorism and violence, through perceived effective policing. Further, even where basic state functions and services are provided, the indicator further considers to whom – whether the state narrowly serves the ruling elites, such as security agencies, presidential staff, the central bank, or the diplomatic service, while failing to provide comparable levels of service to the general populace – such as rural versus urban populations,” the FSI report states.

The indicator also considers the level and maintenance of general infrastructure to the extent that its absence would negatively affect the country’s actual or potential development. Government has been criticized for failing to improve infrastructure, with water and power cuts as well as slow or unreliable internet connectivity being at the top.

ESP millions down the drain? 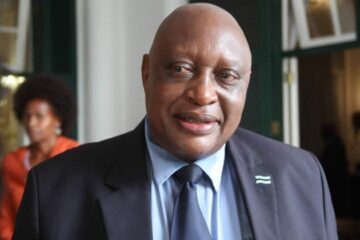