As the country’s leadership continues to wrestle over water tenders, a newly-released world report has ranked Botswana among 17 high risk countries facing extremely high water stress. As a matter of fact, the report says Botswana is teetering close to “day zero” conditions when taps will run dry.

In regions that face “extremely high” water stress like Botswana, industry, agriculture and municipalities are withdrawing at least 80% of available surface and groundwater each year. That puts them in a precarious position, with little leftover water to serve as a buffer in dry spells.

“Our populations and economies are growing and demanding more water, but our supply is threatened by climate change, by water waste, and by pollution,” Betsy Otto, director of WRI’s Global Water Programme, said. “Water stress, which occurs when demands rival annual supply, is a manifestation of those issues.”

The researchers behind the report say they expect to see more “day zeros,” the term for the moment when a city’s taps run dry as populations grow and continue to draw from dwindling water resources. In January 2018, Cape Town, South Africa got dangerously close to this reality. The government announced the city was three months from day zero and residents successfully limited their water use enough to make it to the next rain season,

“Water stress” is a comparison of supply and demand to measure water stress, WRI looked at the amount of water that gets withdrawn each year from the total supply of renewable, available water. (Withdrawal isn’t the same as water consumption since some withdrawn water is later returned to the source.)

The crisis comes at a time when the world is on track to warm by 1.5 degrees Celcius as early as 2013.That would increase the likelihood of extreme drought in the Mediterranean, reduce rainfall across Southern Africa, and cause longer and more frequent heat waves in many parts of the globe.

To mitigate its situation, Botswana successfully approached the World Bank for a $145.5 million loan to for Emergency Water Security and Efficiency Project. “The project will help Botswana cope with increased water stress arising from a number of factors, including chronic drought,” said Paul Noumba Um, the World Bank Country Director. “The proposed measures are therefore critical for the sustainable development of the country, particularly given current climate change projections.”

The project was prepared in response to the 2015-2016 El-Nino related drought that was rated extremely severe – the worst in the last 34 years. Although droughts in Botswana are chronic, acute events such as the 2015-2017 drought further aggravate the fragile water balance.

In 2015, overall dam levels fell below 20 percent of their design capacity and groundwater sources in several water supply schemes dried up or became saline. The project was to improve the availability of water supply in drought vulnerable areas, strengthen wastewater management in selected systems and improve the operational efficiency of Water Utilities Corporation. The project was also to support the government’s ongoing efforts to integrate and manage surface and groundwater resources more effectively.

Around 460,000 people in select settlements were to benefit from augmentation or rehabilitation of existing water supply systems while about 177,000 were to benefit from improved wastewater treatment and sludge management systems. Targeted measures to interlink, protect and secure surface and groundwater resources would be undertaken and support for institutional strengthening and capacity development provided in order to improve the efficiency of services and sustainability of water resources in Botswana.

Five years down the line and still counting

But despite these efforts, the country’s dream of water security remains a pie in the sky from which no rain is coming. Success stories have been rather slow and the country’s water situation is defined by often dry taps and temporary and short -term mechanisms like rainwater harvesting from mainly tin roofs, raising issues of hygiene. But as the situation worsens, Parliament recently rejected a request for P900 million by the Ministry of Land Management, Water and Sanitation Services for a 100 kilometre water supply pipeline project in the midst of allegations of corruption in tendering.

Kenneth Matambo said the project was aimed at addressing shortages of water in centres of population in Greater Gaborone, namely in Mochudi, Molepolole, Thamaga, Moshupa, Kanye, Borolong and Ramotswa. 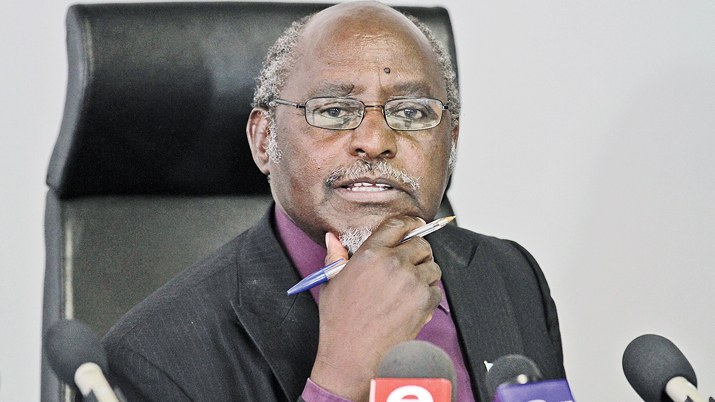