The Ministry of Health says there should be no concerns over whether Botswana athletes in Rio, Brazil will return with any risk of spreading the Zika virus after the Olympic games have ended. This is because enough precaution were taken to ensure their safety before they set off to Rio. Public Health Specialist Dr Nesredin Oumer at the ministry says at present, the Brazil capital is under wintery conditions- which makes it unlikely for the Zika carrying mosquitoes to breed. He says a senior team of experts visited the training center and at the Sport Village in Rio early July this year before the Botswana Olympic Team departure for the games. “The expert assessed the quality of training center, amenities, Public Health security, safety, convenience, climate condition, standard and quality of medical services, entomology (Mosquito characteristic and type) and risk of communicable diseases such as Zika, Malaria, Diarrhoea, STI, HIV, Hepatitis A amongst others,” he said.
Oumer however said Botswana does not have any travel restriction to and from affected Brazil, “As you have witnessed on news channels, people from all over the world have traveled to Rio to celebrate and participate in Olympic Contests.”He however said the ministry would continue to monitor the situation and advise the team after their arrival to Botswana, adding that the Athletes, the coach and other sport members were given a health talk on the issue before they left for Rio.Brazil has been worst affected by the outbreak which has swept across the Latin America, with the spread of the virus prompting top golf athletes among others to pull out of the 2016 Rio Olympics. Zika virus infection is the mildest infectious diseases that usually present with mild fever among 5% to 10% of affected people. Most majorities of infected people do not develop any symptoms. Zika virus is transmitted from person to person following the bite of an infected Aedes species mosquito. 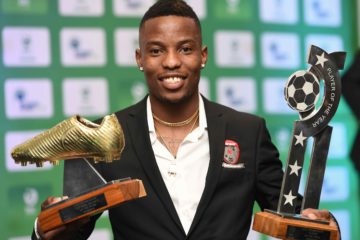