Leading Zimbabwean elephant conservationist Trevor Lane says Botswana’s decision to stop anti-poaching patrols along the Zimbabwean and Zambian borders after the hunting ban early in 2014 was an “open invitation” to Zambian poaching gangs alleged to have slaughtered at least 48 elephants in the country over the past few years.
Evidence of the 48 poached elephants was only part of the preliminary results of a continuing aerial elephant survey and census by Kasane based elephant conservation organisation Elephants Without Borders (EWB).
Lane, is a co-founder and director of the Victoria Falls-based rhino and elephant conservation organization Bhejane Trust, which works with the Parks and Wildlife Management Authority of Zimbabwe (Zim-Parks) in conservation and anti-poaching initiatives.
In a commentary posted shortly after Dr Mike Chase of the EWB revealed the evidence of mass poaching in a report entitled “Ivory Tower”, Lane said finally, Botswana is facing the reality that it has a huge poaching problem.
“On one survey flight in Botswana undertaken recently, they counted 48 elephant carcasses with the tusks chopped out, in one relatively small area alone. Finally, reality has dawned on Botswana that they have a massive elephant poaching problem. This flight represents the tip of the iceberg.
When Botswana stopped (trophy) hunting, it effectively abandoned (patrols in) vast chunks of land adjoining the Hwange/Matetsi (National Parks) areas of Zimbabwe. This was an open invitation to Zambian poaching gangs, who had had it tough in Zimbabwe as many died in contacts with game rangers. Now, they had areas where they could operate in relative safety,” Lane said.
Most of the poachers responsible for the large scale poaching of tuskers throughout northern Botswana were a mix of Zambian and Namibian nationalities.
“The (Zambian) poaching gangs thus generally by-passed Zimbabwe, crossing near Kazungula (border post between Botswana and Zimbabwe) and linking up with Namibians. They then traversed the Chobe into the back areas, where they could shoot elephants,” Lane explained.
He said Zambian poachers prefer to shoot bull elephants only to avoid being burdened with lots of small tusks. Because of this, it is “more than likely” that far more big elephants have been killed by poachers in the Okavango Delta/Chobe areas than before the hunting ban.
Lane, who has spent years analysing the operations of Zambian poaching gangs south of the Zambezi, blamed Botswana for ignoring warnings of the surge in poaching over the past few years.
“We have known this was going on for years, but whenever we tried to tell the Botswana crowd we were smugly told they flew around in helicopters and had seen no poached elephant. Therefore there was absolutely no poaching in Botswana. Who knows how many hundreds of elephants have been killed by poachers while the Botswana authorities deluded themselves (into believing) that they had it all under control?” Lane concluded.
In addition to its counter-poaching mandate in Zimbabwe, the Bhejane Trust monitors the poaching operations of Zambians in Zimbabwe and its fellow Kavango Zambezi Transfrontier Park (KAZA) member states of Botswana and Namibia.
The organization has repeatedly singled out Zambia’s lack of cooperation when police authorities in neighbouring countries ask for help in the hot-pursuit, arrests and extradition of its citizens accused of wildlife crimes in Botswana, Zimbabwe and Namibia. 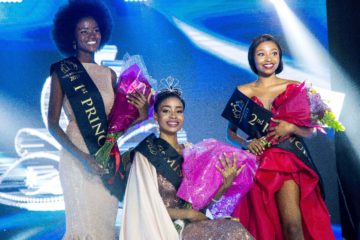