Three men, among them Justice Motlhabane of the Botswana Patriotic Front (BPF), are in detention in Gaborone after being arrested in connection with releasing and publishing information the police say is fake and misleading.

According to BPF’s Secretary for Legal Affairs, Kagisano Tamocha, Motlhabane was arrested alongside Letsogile Bapuri and Oratile Dikologang who run online publications, Botswana Trending News (BTN) and Botswana People’s Daily News (BPDN), respectively. “I can confirm that Motlhabane and the other two men were arrested without charge on Friday and detained at Palapye Police Station,” Tamocha said in an interview. “They have been moved to Gaborone West Police Station for further questioning.”

According to the police, Motlhabane is linked to information that is always being published in the two online publications. The Investigators want to establish if this is the case.

The Secretary General of the BPF, Roseline Panzirah-Matshome, released a statement after these arrests.

“The party makes it clear (also) that we shall not be deterred by these actions. The more they harass our activists and seek to curtail our freedom, the harder we fight for their removal from power through the ballot. We will be alerting fraternal parties and organizations in the region, as well as the international community (about) these blatant acts of political harassment (that is) taking root in Botswana,” Panzirah-Matshome’s statement read.

Meanwhile, the public relations office of Botswana Police Service says it is not aware of the arrests and detention of Motlhabane and the online journalists. Assistant Commissioner Dipheko Motube referred this publication to a press statement that seemed unrelated to the matter in question.

“Three men aged between 24 and 36 years were arrested on Thursday for allegations of maliciously and repeatedly publishing through electronic communications offensive statements against government,” the statement read. “The police would like to caution members of the public to desist from publishing misleading (information) intended to cause panic, fear and alarm to the public (and) degrading and maligning the leadership of the country.” 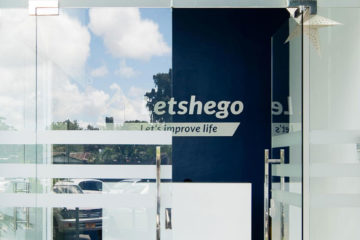