The sentiments were also shared by BPP President, Motlatsi Molapisi, at the party’s   55th National Congress.

Sources within the Botswana People’s Party (BPP) say they are unhappy with the way the Umbrella for Democratic Change (UDC) tends to sideline their party and   president Motlatsi Molapisi at their tripartite events.
The sources say they have in the past been spectators of events which by virtue of being partners in the umbrella should be engaged on and be given the same recognition as other partners.
“We do not understand why we are sidelined like this, why we are not involved or our president is not given the same treatment as the other presidents at rallies and other events,” lamented one source, citing as an example the welcome rally of former National Speaker Dr Margret Nasha on 14th February 2016: “Unlike with other leaders of the Botswana National Front, the Botswana Movement for Democracy leaders and the Botswana Congress party,    who were given an astounding welcome at the rally , our president was rather given a cold entrance,” they explained.
They also pointed to the “few chances” given to the BPP during recent rallies held for Botswana Congress Party at the Kelemogile ward bye elections in Ramotswa where they say their party only featured twice in the numerous rallies.
The sentiments were also shared by BPP President, Motlatsi Molapisi, at the party’s   55th National Congress held in Tati Siding last week. He said UDC was to blame for the party’s poor performance in the 2014 general elections.
“The UDC leadership never visited the six constituencies allocated to us in the North which led to negative speculations,” he said, arguing further that  UDC leadership ought to  be seen fully rallying  behind all fielded  candidates  under the umbrella irrespective of which opposition party they belong to.
Endorsing the executive committee, Molapisi said it was upon BPP members to build their party and to elect capable people into the executive committee. “If we can’t accept those changes then we will continue crying foul that our party is not recognized within the UDC. These are the right people to change that with contributions they will bring to the UDC and of course need our support,” he said.
Newly elected BPP Secretary General Botho Seboko however said the party was to be partly blamed for its exclusion in UDC.” We need to clean our house first before shifting the blame to other people,” he said. “The BPP is a  regional and   tribal  party and  these are some of the ‘obstacles’  we need to deal with  first  as a party  in order to  be able to open  ourselves up  to other parties ,” he said, explaining that members of the party needed to come out of the cocoon and mingle with others.”At times as the BPP we are nowhere to be seen in events or we would be seated at our little corner not taking part or not getting involved,” he stated.
Seboko said he was however optimist that the new executive committee will bring change in opposition politics as well as play an equal role in umbrella activities. “We are working on that as we also need to have our presence and contribution felt and recognized in the umbrella,” according to Seboko, it was for this reason that they recently re-branded the party.
Reached for comment, UDC Publicity Secretary Moeti Mohwasa said they were not aware of the matter and was therefore constrained to comment: “What I know is there is respect for each party and that no party is being marginalized,” he said. However Mohwasa said he could not rule out the possibility of marginalization as it is possible for protocol to not be followed “from time to time”. He however said the matter will be dealt with, should a complaint be lodged at the UDC. 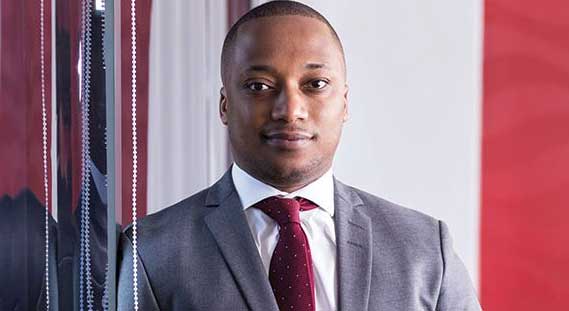