Breaking The Law With Donkeys

Botswana’s controversial donkey abattoir Bo Chang is back in operation and making a roaring trade exporting skins to China where they are sought after as an aphrodisiac. But in addition to poisoning the Tati River, the company is flouting the law like never before and setting a dangerous precedent as helpless communities – and authorities – look on. OSCAR NKALA*reports

When the Botswana government shut down the donkey abattoir run by Bo Chang in Francistown in June 2017, it was not just due to the widely reported deaths of 500 donkeys held without water and food in the overcrowded pre-slaughter holding pens. The government was also concerned about indications that the abattoir was depleting Botswana’s fragile donkey population, encouraging theft of the animals and causing environmental pollution as a result of the dumping of untreated abattoir effluent into the nearby Tati River.

A government team which inspected the facility found de-boned carcasses, heads, hooves and blood dumped and rotting in Tati River, with heap upon heap of bones in the stinking flesh. The inspection found that the illegal disposal of abattoir waste compromised water quality in the Tati, which supplies water to the City of Francistown and thousands of Batswana and Zimbabweans in downstream communities along the eastern border with Zimbabwe.

The government temporarily suspended all licences for the slaughter and export of donkeys and products, specifically meat and hides. A statement issued by the Ministry of Agriculture said the ban would only be lifted after the development of sufficient legislative and oversight capacity to monitor the entire donkey trade value chain. However, 11 months later, the government quietly overturned the ban and signalled its own willingness to join the donkey skin trade by sending a team from the ministries of agriculture and industry to seek joint venture partnerships and donkey product markets in China and Hong Kong. A government invitation for commercial-scale donkey slaughter licences generated a flurry of responses and Bo Chang (Pty) Ltd emerged among five successful applicants.

The new entrants also include a community-owned mixed-species abattoir that has set its eyes on the huge cattle and donkey herds of Ngamiland. This United Nations Development Programme-backed abattoir plans to open in Sehwita before the end of the year.

Old habits die hard
Bo Chang resumed donkey slaughters in September 2019, starting with stock acquired around Gumare in the north. To make up for low sales due to resistance among farmers in Botswana, the abattoir has turned to cross-border stock-rustling syndicates which sell stolen donkeys from Zimbabwe (see Donkey rustlers profit off wildlife trafficking routes).

Bo Chang exports donkey meat and hides to China where the skins are used to make ejiao, a traditional medicine marketed as having life-extending, anti-ageing and aphrodisiac qualities. Oxpeckers recently visited Francistown to find out if Bo Chang has taken steps to comply with the law. None of the three neighbours who spoke to Oxpeckers know the names of the people running the operation, although they have been in Botswana since 2016.

“We see the workers from time to time, but the Chinese operators are reclusive to the point of being mysterious,” said a neighbour who asked not to be named. “With all windows around the house boarded up, they make it suspicious by never leaving the plot. No one knows their faces, but we don’t have much of a problem with that.
“The problem is that their abattoir is killing our farming business. We depend totally on the Tati River to stay in business. But Bo Chang has severely compromised water quality by dumping everything, including chemically treated waste, into the Tati. That has compromised water quality, rendering it unfit for human consumption and almost unusable for farming. The air pollution caused by flesh rotting in those pits is bad. It feels like living inside a public toilet.”

The neighbour said several complaints of air pollution and re-contamination of the river have been made to Water Utilities Corporation (WUC), the Botswana Police Service (BPS) and the City of Francistown Health Department but none has taken any action.

“It appears the Chinese behave with impunity,” the neighbour said. “The police have been here several times to arrest their undocumented immigrant workers but they never arrest the employers. Anyone who gets inside that plot can see the bones and flesh rotting in those pits. So why don’t the police act.”

Oxpeckers also spoke to an undocumented Zimbabwean immigrant who gets seasonal jobs as a cleaner at Bo Chang: “There is no water treatment and disposal plant,” the Zimbababwean said. “We dump everything – blood, flesh and bones – in shallow pits on the banks of the river. The fluid waste goes straight into the river.”

He confirmed that Bo Chang employs dozens of illegal immigrants from Zimbabwe, itself a crime punishable by revocation of a business licence and deportation in the case of a non-citizen offender. Efforts to get a comment from the police failed but Oxpeckers spoke to a senior regional officer at WUC who explained how Bo Chang is breaking the law and getting away it.

Legal status
She said although Bo Chang has a licence to slaughter donkeys to export the meat and skins, relevant protocols and procedures were not followed in the awarding of the licence. “The issuing of an abattoir licence requires input from four government departments which collectively monitor compliance with licensing conditions,” the WUC official explained.

“But Bo Chang was licensed by the Ministry of Agriculture without consulting the departments of water, health and environment. Government departments know that Bo Chang still has no waste disposal system. They know it has no environmental impact assessment (EIA) plan to mitigate the damage they are causing. They have not addressed all the problems that closed them down in 2017.”

According to this source, it is impossible to take collective action against the abattoir’s flouting of its licensing conditions due to what appears to be inter-ministerial turf wars that are possibly fanned by corruption in some government departments. In instances of complaints of non-compliance with laws by a licensed abattoir, the procedural response would be a site inspection by a taskforce consisting of representatives drawn from the ministries of agriculture, water, the environment and the police, she said. However, WUC’s efforts to bring the relevant departments together have failed since reports of illegal waste dumping surfaced in February 2020.

Although WUC does not need other ministries to inspect for contamination of water sources, the case of Bo Chang is different because it is a private property where access is controlled by the law of trespass, she explained. “Because it is a private property, we must have a police escort to inspect the abattoir,” she said. “However, each time we seek help, the Botswana Police Service has neither vehicles nor manpower to support us. So there were virtually no checks on Bo Chang until WUC went it alone in October 2020. The abattoir is violating its licensing conditions. It is employing and housing illegal immigrants and still has no sewage treatment plant. They bury solid waste in pits on the bank of the Tati. The pits were bubbling with rotten matter when we checked. There is surface and underground water contamination. Its fitness for human consumption is questionable.”

Despite sharing its findings on Bo Chang with other ministries, no action has been taken against the company because of lack of cooperation from the Ministry of Agriculture, which has the authority to issue and revoke abattoir licences. “Suggestions that some people were paid to re-license this abattoir and ignore its non-compliance with licensing conditions have been made openly before,” the WUC official said. “Maybe those who were bribed to license it were also paid to stand in the way of anything that could lead to a second closure.”

Regulatory framework
Animal welfare organisations say Botswana is failing to end or even monitor the donkey skin trade due to the country’s lack of a legal and regulatory framework specific to equines. Philippa Young, country director of animal welfare organisation SPANA, says donkeys will only be protected if the Cruelty to Animals Act (1936) and the Control of Livestock Industry Act (1941) are amended to include donkeys.

The amended laws should be harmonised and brought under a single government organ, such as the police, to improve monitoring and accountability, Young noted. SPANA believes that the need to raise public awareness about the donkey skin trade is urgent because more donkey abattoirs are looming. “The need to raise public awareness is a response to prevent events like the Bo Chang saga of 2017, the reneging by the government on the donkey slaughter ban and the record drop in Botswana’s donkey herd – from more than 300,000 to a little over 140,000 in four years – as a direct result of the donkey skin trade and the opening of a new [donkey] abattoir in Sehwita and elsewhere,” she said. “The importance of the humble donkey to Batswana means that the continued ignorance on the impacts of the donkey skin trade cannot be justified. With the current and expected rates of slaughter, the Botswana donkey population will be extinct in three to four years.”

In a February 2020 research paper entitled “Tele-coupling of the Trade of Donkey Hide Between Botswana and China: Challenges and Opportunities, researchers Dimpho Matlhola and Ruishan Chen said Botswana was struggling because it has no regulations to monitor the donkey skin trade. “Lack of regulations on the donkey skin trade makes it hard for Botswana to have proper information and accurate statistics on donkey population dynamics,” the study said. “The costs and benefits of the sector cannot be determined accurately if the data is inaccurate. Furthermore, the lack of punishment for stealing and smuggling (donkeys) has resulted in farmers losing their working animals and sources of income.”

Discrepancies in reported statistics of slaughtered donkeys were found to be largely associated with illegal exports and smuggling of donkey hides.

Impact on donkey herd
In February 2019, national statistics agency Statistics Botswana released the results of the first-ever survey which revealed that the donkey skin trade had slashed Botswana’s donkey population from a peak of 310,000 in 2013 to just 140,000 by July 2017. The agency said donkey abattoirs had reversed a three decade-long growth trend that saw the Botswana donkey population rise from 127,000 in 1979 to 310,000 in 2013. Apart from Bo Chang, there were two more abattoirs operated by the Development Advancement Institute in Lentsweletau and Mai Di Trading in Lobatse.
The Statistics Botswana data showed that in Bo Chang’s main source market in the North East District, the donkey population dropped from 38,300 in 2013 to 20,119 in 2017. The district covers Francistown and villages to the north east along the Ramokgwebana River border with Zimbabwe. But the worst hit area was the Chobe District whose meagre donkey population of 624 in 2013 had dropped to just 91 in 2017. “The fall in the population of donkeys might be due to the exportation of their skins, an increase in local consumption and a general decline in their care and use as draught power, with tractors being used instead,” said Statistics Botswana.

Demand from the abattoirs has pushed up the price of donkeys from P600 (about R800) to between P750 (R1,000) and P800 (R1,080), effectively putting the price beyond the reach of ordinary Batswana who use the animals as draught power.

Efforts to get comments from the Bo Chang abattoir and the Department of Agriculture were unsuccessful at the time of going to press.

*Oscar Nkala is an Associate of Oxpeckers Investigative Environmental Journalism and contributes investigation articles to The Botswana Gazette. This investigation was supported by The Donkey Sanctuary
• Find related investigations in our Donkey Trade Files dossier

Breaking The Law With Donkeys 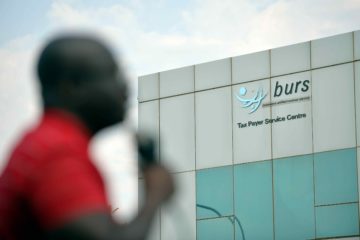