The taxman- Botswana Unified Revenue Services (BURS)-tasked with assisting the government to collect state revenue from citizens is set to spend over P30 million as rental fees for a building they have ceazed occupying in what appears a bye-bye incentive to an Indian property moghul and businessman, Kuldip Rupra who housed them for 15 years, information reaching The Botswana Gazette suggests.

This publication has gathered that the BURS and the landlord of Plot 53976 in Gaborone (old BURS head offices) entered into a new agreement in January 2019 just a few months before moving to their new offices in CBD. The Botswana Gazette has also established that the building belongs to Indian businessman Rupra. The new lease expires in June 2021.

The BURS in answers provided to Parliament last month, stated that the extension of the lease agreement was due to the fact that the relocation was made in batches during the latter half of 2019 as the building was still under construction, hence the need to enable a staged settling in for BURS operations.

Member of Parliament (MP) for Molepolole North Oabile Regoeng had expressed concerns over these arrangements and had also wanted to know if the movement of tenancy from Plot 53976 to the new BURS offices in CBD did not occasion an immediate termination of tenant lease.

It was revealed in parliament that the BURS paid a montly rent of P1, 542, 841. The BURS signed their first lease agreement with the landlord of the plot 53976 in January 2006 but only occupied the facility in July 2006. To date, BURS has paid more than P250 million in rental fees.

“Prior to relocating to the CBD, BURS had gone through a prolonged period of uncertainty with its tenancy as the completion of the new Head Office building was delayed by performance issues with one of the Project Consultants,” BURS wrote in their response to Minister of Finance and Economic Development Thapelo Matsheka.

“The matter eventually went through a long drawn-out legal issue that resulted in the Court of Appeal ruling in favour of BURS and ultimately the services of the Consultant were terminated. These challenges resulted in short (one year at a time) extensions of the tenancy contract which eventually led to the Landlord demanding a firm five year longer term tenancy agreement starting in January 2019 and would no longer accept short one-year extensions, but BURS had nowhere to move to. Negotiations resulted in an agreement to curb this to a two and half (2.5) year tenancy, with a six-month termination notice clause,” further reads the response.

Minister Matsheka in addition told Parliament that the BURS is currently working with the landlord and various Estate Agents to identify suitable replacement tenants at the plot as they look to recover the losses. Two prospective tenants are said have shown interest.

Currently, most, if not all of the BURS operations have moved to the new head office in CBD.

Khama’s hijack of the Judiciary 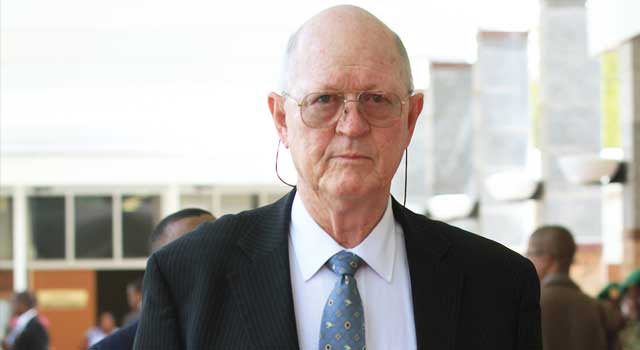