BURS recently busted a Chinese construction tycoon in Gaborone and allegedly followed a scent that led them as far as Canada in North America. Back in Gaborone where more than P1 million in hard cash was found, investigators must act fast because a key state witness could vanish. LETLHOGILE MPAUNG reports

A local Chinese tycoon named Jian Liu was found in possession of more than a million pula in hard cash during a recent raid by the Botswana Unified Revenue Service (BURS), The Botswana Gazette has established. According to sources, the Chinese businessman is likely to face charges of money laundering, tax evasion and falsifying invoices. He owns a construction company named Sunshine Construction Pty (Ltd) which has seen a great deal of government business over the years.

This raid happened on Thursday last week at both his offices and his home in Gaborone. BURS General Manager Investigations, Compliance and Enforcement (ICE), Kaone Molapo, would not be drawn into details but has confirmed a raid involving a Chinese businessman in Gaborone.

Lui has also confirmed that BURS invaded his office and his home on Thursday last week but says he did not know what they were looking for. Information gathered by this publication is about a suspicion that the money recovered by BURS was mainly used to bribe high government officials as several letters were also retrieved in which the Chinese national would ask in writing: “How much would you want now?”

The Chinese is alleged to have boasted about having close relations with officials in high places in government, including even cabinet ministers. But details are hard to come by because investigations into the matters are at a preliminary stage. Sources close to the investigations say that the trail of some of Jian Liu’s money goes as far as Canada where some of his family members live and where he also has several assets.

PLOT TO QUASH PROBE
Meanwhile, The Botswana Gazette has gathered that there is a plan to thwart these investigations. It is understood that a certain immigration official is currently being investigated in connection with this plot. The official, whose names are known to this publication, is said to have revoked work and residential permits for a worker linked to Jian Liu after the two reportedly had a fallout.

It is believed that the ex-worker, who is also a Chinese national, threatened to report a whole lot of illegal dealings involving Liu.

Attempts to get a comment from the said ex-worker proved futile as his phone rang unanswered on Monday afternoon.
He is believed to be living in fear. Sources close to the investigations say this is a clear attempt to quash the investigations as the state’s key witness could be deported any time.

The Director of Immigration and Citizenship could not be reached for comment while the Minister of Nationality, Immigration and Gender Affairs Annah Motlhagodi’s phone rang unanswered yesterday (Monday). 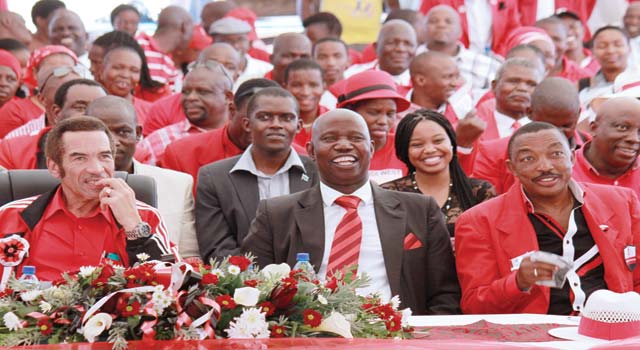