Regional superpower South Africa is battling mounting cases of confirmed coronavirus disease (COVID-19). The SA economy pumps billions of rand into SACU’s Common Revenue Pool (CRP), which is the second largest financier of Botswana’s national budget. Restrictions on movement and a closure of borders with South Africa and other SACU member states significantly dwindles the revenue pool while a further depreciation of the rand will further erode the value of the revenues. This amounts to government revenues coming under siege. Staff Writer KEABETSWE NEWEL reports.

In Botswana, a larger portion of government revenue is collected from the mining sector. The second largest is customs revenue derived from the Common Revenue Pool of the Southern African Customs Union (SACU). Combined, mineral and customs revenues finance almost the entire national budget.

According to the Minister of Finance and Economic Development, Dr. Thapelo Matsheka, total revenues and grants for the 2019/2020 financial year are P60.71 billion. The main revenue items revised are as follows: Mineral revenue P18.43 billion; Customs and Excise P13.79 billion and VAT P7.92 billion.

During the 2016/17 financial period, the Botswana Unified Revenue Service (BURS), according to its interim Commissioner General Segolo Lekau, collected P40.7 billion, which was an increase from the previous financial period. Lekau attributed the increase to a significant increase in SACU receipts which grew from P11.7 billion in 2016/17 to P17.8 billion for the period under review. “The increase in SACU receipts was as a result of (an) upsurge in the size of the SACU Common Revenue Pool from R79.2 billion in the 2016/17 financial year to R99.6 billion in 2017/18,” Lekau revealed.

Being a member of SACU, Botswana – like other SACU members – is required to pay all the collections of customs duties, excise duty and additional duties into a Common Revenue Pool (CRP). During the year under review, Botswana collected and paid a total amount of P579.6 million collected into the CRP compared to P417.5 million which was collected in the previous financial year. This represents a growth of P162.1 million or 38.8 percent. Excise Duty was the main driver of this revenue outturn, followed by Import Customs Duty. On the other hand, there was decline in Additional Customs Duty.

The SACU revenue is collected from imports into the region coming from outside the customs union and is remitted into the Common Revenue Pool (CRP). The money from the CRP is then distributed amongst the five SACU member countries comprising South Africa, Botswana, Eswatini, Lesotho and Namibia. Money from SACU is the second largest contributor to Botswana government revenues after mining. Countries like Lesotho and Swaziland are almost completely reliant on SACU revenues although they collect less than Botswana in accordance with their trade volumes.

The performance of the CRP is largely driven by economic performance in the region and is mainly the volume of imports, especially South Africa, the regional superpower, according to SACU Executive Secretary, Paulina Mbala Elago. She says when the CRP experiences some fluctuations, these result in the revenue shares to the member states also fluctuating.

Jonathan Hore, Managing Consultant at Aupracon tax consultancy, says much of the imports occur in South Africa and that if anything wrong happens to that economy, it will affect SACU’s CRP and have a knock-on effect on Botswana’s tax collections. “Over 400 confirmed coronavirus (COVID-19) cases in South Africa, coupled with a weakening rand and sluggish economic activity, will cause a slowdown in imports. When the future is not certain, businesses adopt a wait-and-see attitude, and that naturally means reduced spending, weak imports and consequently reduced SACU revenues for all member states,” says Hore, implying that in the next reporting period, BURS will record reduced customs revenue.

Further, Elago says this could also result in scaling down of government expenditure even in critical sectors such as education and health. She points out that declining SACU revenues could increase the risk of a government not meeting its financial obligations, which could have a negative impact on both investor and consumer confidence. Some of the economies of SACU member states are dominated by the public sector, and so any reduction in government related activities results in knock-on effects on various sectors of the economy, which affects the overall economic growth, according to the head of SACU.

Garry Juma, who is Head of Research at Motswedi Securities, says the performance of SACU’s CRP is based on South Africa’s volatile economy. SA contributed a bulky 44 percent to the entire CRP while Botswana contributed 23 percent. Namibia contributed 20 percent while Swaziland and Lesotho contributed 7 percent and 6 percent respectively.

Juma says the bulk of the union’s revenues are contributed by South Africa, the regional superpower, which means that any political or economic volatilities in the Cyril Ramaphosa-led economy will impact trade, thus the SACU revenues. Coronavirus (COVID-19), according to Juma, will reduce intra-SACU trade, as well as imports, and thus reduce the CRP.

The lowest known level the South African Rand has reached against the US Dollar , not just at the close of business but at any given time, was R17.91. South Africa came perilously close to breaching this level overnight. Before COVID-19 engulfed most of the world, SA was on course for a credit ratings downgrade from Moody’s. The potential to slip into junk status would compound the horrendous situation that SA finds itself in. Juma says since customs revenue is collected in rand, the serious erosion of the SA currency will further erode the value of Botswana’s customs revenue when converted to pula.

Further, should Botswana record a confirmed case of the coronavirus, says Hore, businesses may also play the wait-and-see game as spending becomes riskier while prospects of making a profit dwindle. “That also has a direct impact on VAT collections as sales go down, meaning that BURS collects lesser VAT than it would without the pandemic,” Hore points out. “You may have heard that tourists have already started cancelling trips while scheduled meetings, gigs and events have also been cancelled. All that is, in simple terms, cancellation of VAT which BURS would have collected had the cancellations not been made.”

At Aupracon, Hore believes that BURS will collect less VAT, which will affect government revenue. According to the CEO of the Hospitality and Tourism Association of Botswana (HATAB), Lily Rakorong, most players in the tourism sector are contemplating retrenching workers because of loss of business as a result of the travel ban which has brought the sector to a complete halt. “Reduced demand, cancelled flights, postponed events and all mean less revenue for businesses while the salary bill remains constant.

So, as a response to such a scenario, businesses may be forced to reconsider their manpower needs, which cuts Pay As You Earn (PAYE),” says Hore, adding also that corporate tax is bolstered by buoyant economic activity, and vice versa. The ravaging effects of the coronavirus on the global economy will slow down almost every other country’s performance, cutting down on both corporate profits and corporate tax.

What Should Happen Under a Lockdown 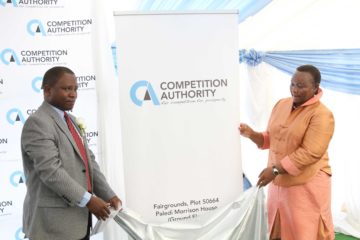