The Botswana Unified Revenue Service (BURS) has published a bill aimed at expanding exemptions on gifts and donations, The Botswana Gazette has established.

To that end, the Ministry of Finance and Economic Development, under which BURS falls, published a bill titled the Capital Transfer Tax (Amendment) Bill 2019 on 21 June 2019. A tax expert at Aupracon Tax in Gaborone, Jonathan Hore, says the bill is intended to expand exemptions on gratuitous donations received by donees or inheritances devolving to heirs.

This tax is technically called Capital Transfer Tax but it is otherwise known as Donations and Inheritance Tax. It means that some donations and gifts that have been taxed by BURS will now be exempted from taxation.

According to Hore, these amendments, among others, will include removing the ceiling of P15 000 for exemption of transfer of property such as household goods and personal belongings to heirs and increasing the value of gifts that are exempted from tax from P5 000 to P25 000 while the transfer of immovable property, which is currently exempted under the Transfer Duty Act, will also be exempted under the Capital Transfer Act.

The bill follows the pronouncements made by the Minister of Finance and Economic Development, Kenneth Matambo, on the 4 February 2019 when he presented the 2019/2020 budget. “I will also be seeking amendment to the Capital Transfer Tax Act to align it with the Transfer Duty Act,” Matambo said.

This is the first time that the Capital Transfer Tax Act has been amended in over 10 years. “Despite the fact that the bill mainly focusses on expanding the exemptions, this may also be a sign that the minister now wants the often ignored tax to be taken seriously,” says Hore. “On the ground, businesses and individuals have not been complying with the provisions of the Capital Transfer Tax Act, meaning that donations and inheritances have in most cases gone untaxed.”

Minister Matambo in the 2017 budget speech said: ‘”In the wake of the current financial challenges that the government is experiencing and also given the volatility of the customs and excise revenues, it is paramount that government continues to exercise prudence in the management of its financial resources and also devise new ways of widening its revenue base.”

“Well, the writing is on the wall and we should all see it,” says Hore. “Tax revenue is failing to match increasing expenditure and therefore the tax authorities need new ways of raising taxes. That explains why we then had the proposed 30 percent transfer duty and the interest cap provisions, which businesses regarded as harmful to the economy and would only raise revenue in the short term.”

Under the Donations Tax, the tax is charged as long as the donee receives anything on which a monetary value can be attached. The donee pays such tax on the market value of the property received as long as the donation is at least P25 000 per annum. Under the Inheritance Tax, the requirement is that tax be paid on the value of inherited property, including shares, houses, household goods and cash at the same rates as stated. 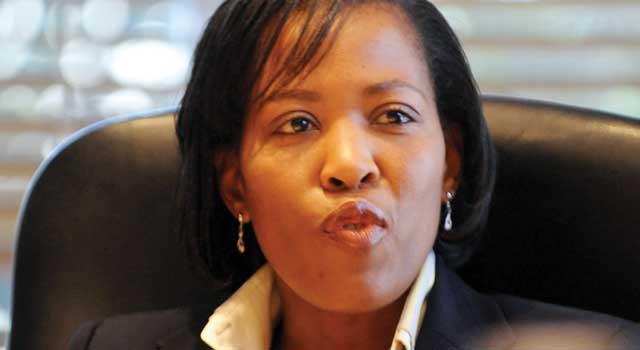